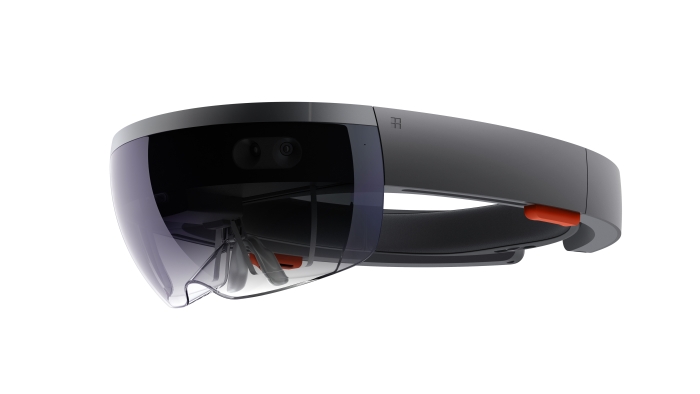 Yes to AI and IoT. No to VR and 3D print

There was no escaping the Internet of Things (IoT), artifcial intelligence (AI), virtual reality (VR) and 3D printers at this year’s Consumer Electronics Show (CES) in Las Vegas. But what applications do they have in the workplace and what will it take for them to become a common feature of office life?

To find out, Spiceworks, the professional network for IT, recently surveyed IT professionals across Europe, the Middle East and Africa (EMEA) about their perceptions of these emerging technologies. The findings, published in the Future of IT: Hype vs. Reality report, show that while AI, VR, IoT and 3D print have potential in the workplace, budget and security concerns are limiting take-up.

Of the technologies covered in the survey, IT professionals expect IoT devices and AI technology to have the biggest impact in the workplace, and VR the least. More than three quarters (79%) believe IoT devices will be useful to their business practices in three to five years’ time; 55% say the same for AI. Only a minority expect mass adoption of VR and 3D printers in the workplace.

John Webb, general manager of Europe at Spiceworks, said: “Despite recent innovations in VR and 3D printing, the majority of IT professionals across EMEA are struggling to find viable use cases for the technology in their organisations. As a result, many can’t justify the investment, unlike AI and IoT, which offer tangible benefits for the workplace today.”

Spiceworks’ findings show that artificial intelligence is already being used to carry out mundane tasks in a minority of organisations, with many more planning to adopt the technology over the next 3-5 years.

Almost one in five (18%) use AI in intelligent digital assistants for work-related tasks, with 59% planning to do so in the near future.

Apple Siri (49%) is currently the most commonly used intelligent assistant in a business environment, followed by Microsoft Cortana (46%) and Google Now (31%). However, an additional 23% percent of IT professionals are planning to implement Microsoft Cortana in the next 12 months, mainly through Windows 10 deployments, which will give Cortana the lead.

When asked what concerns them most about AI in the workplace, most IT professionals cite security and privacy issues (43%). Despite these worries, attitudes to AI are generally positive, with 67% of IT professionals believing AI and machine learning will give them more time to focus on strategic IT initiatives, compared to just 12% who worry that it will put IT jobs at risk.

This is despite real concern about the security of IoT devices in the workplace. In the Spiceworks 2016 IoT Trends report, 77% of IT professionals in EMEA expressed concern about the growing number of entry points into the network; 70% are worried about the lack of security measures put in place by IoT manufacturers.

When asked to name the leader in innovative IoT technology, Google came out on top, selected by 19%, followed by Intel (10%) and Samsung (5%). Forty per cent of IT professionals say they are still waiting for a vendor to emerge as a clear front-runner.

The take-up of 3D printers (7% using/21% planning to) is much lower than AI and IoT, although the technology is gaining momentum is certain industries. Education has the highest current adoption rate(19%), while the construction and engineering industry has the highest planned adoption rate (50%).

Barriers to adoption include cost (44%), followed by a lack of use cases (33%) and ongoing investment and upgrade requirements (20%). Security and privacy are not issues with 3D printers.

MakerBot is viewed as the most innovative leader in 3D printing. However, IT professionals are twice as likely to evaluate HP devices probably due to their familiarity with the brand (25% vs 13%). Two thirds (67%) of respondents couldn’t name the leading 3D print provider, indicating an opportunity for a vendor to gain market leadership.

As with 3D print, IT professionals have yet to be convinced of the need for virtual reality (VR) in the workplace. The current adoption rate is just 7%, with 13% planning to implement it in the future.

Although only 6% of organisations in construction and engineering are using VR today, the industry has the highest planned adoption rate (25%), probably because architects and engineers can use VR to visualise a building or product prototype.

Cost is the main barrier to adoption (58%), followed by a lack of use cases (43%) and the high level of graphics and computing power required (35%). As with 3D printers, security and privacy issues are of least concern.

Oculus (31%) is seen as the most innovative VR leader, followed by Google (15%) and Microsoft (13%). The Microsoft HoloLens (37%) tied with Oculus Rift (37%) as the headset IT professionals are most likely to evaluate for their organisation.