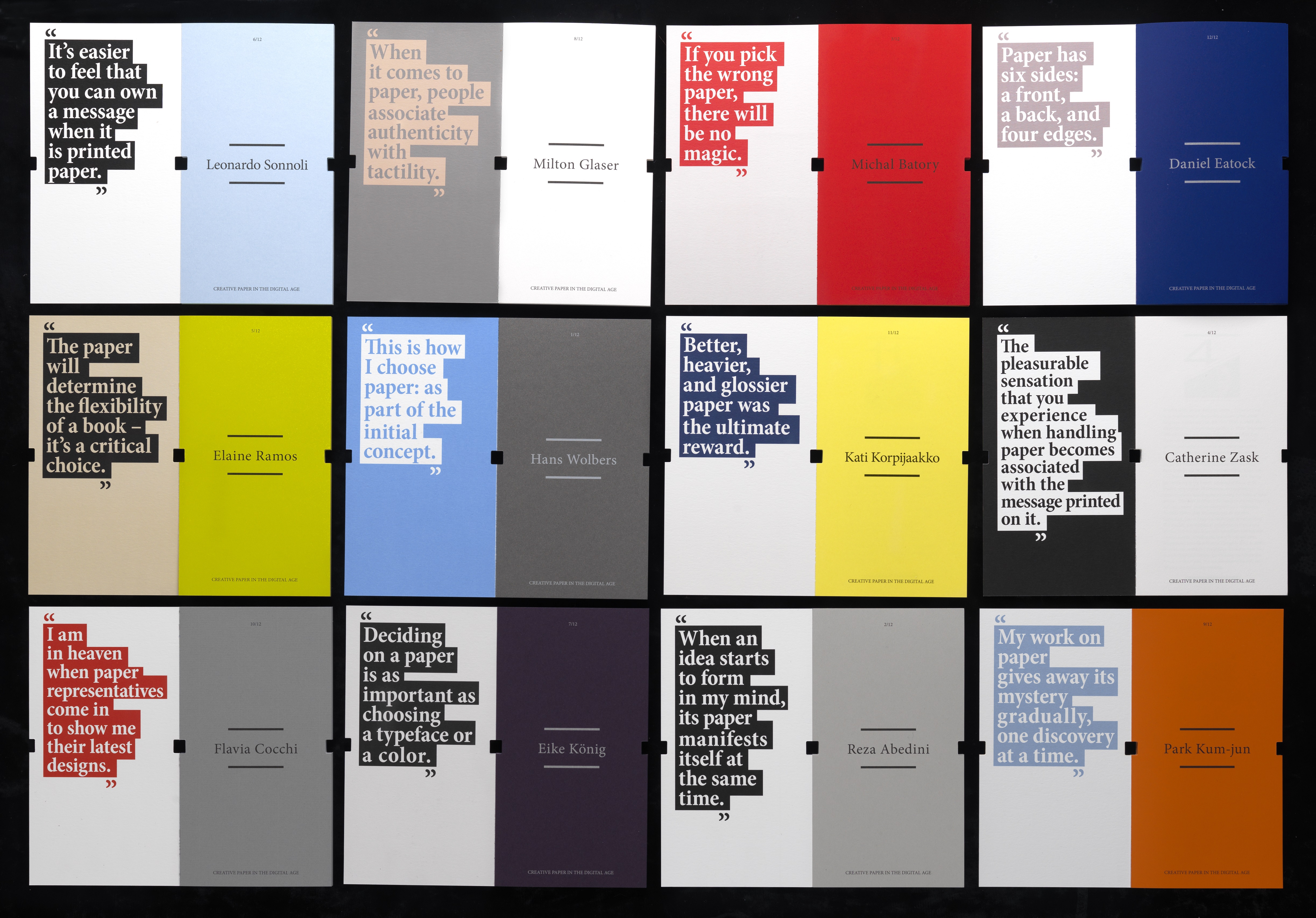 Why we love paper

Paper distributor Antalis has put together a new book recording the thoughts of leading designers on the role that paper plays in an increasingly digital age.

Véronique Vienne, a writer and specialist in graphic design, interviewed 12 graphic designers from 12 countries and collected their observations in the ‘Book of 12’ – a series of 12 notebooks featuring examples of each designer’s work produced on a range of creative papers supplied by Antalis.

Here are some of their observations:

“Paper is here to stay – it will just be perceived differently. Instead of being a surface on which to print text and images, it will be recast as a creative medium – as an exciting material for artists and designers.” Kaija Korpijaakko (Finland), magazine art director turned artist.

“For me, it is the most extraordinary encounter: a rough surface – paper – that accepts the trace of a writing tool. For a designer, it is the fundamental engagement.” Milton Glaser (USA), probably the most famous graphic designer in the United States and creator of the I Love NY logo.

“The people who use the most paper in our company are the web designers…they need paper to think. It is so much faster than digital tools.” Hans Wolbers (The Netherlands), art director and founder of one of Holland’s leading design agencies.

“When an idea starts to form in my mind, its paper manifests itself at the same time…I consider the type of paper, its colour, its weight and its texture, a main part of each project…not just the surface on which the design is printed.” Reza Abedini (Iran), designer of posters, book covers and announcements promoting events in the Arab World and Europe.

“I think of the texture of the paper as an essential piece of information to share a message, an idea, a concept or an impression with readers…the paper will determine the flexibility of a book – it’s a critical choice.” Elaine Ramos (Brazil), graphic designer and art director at Cosac Naify, a leading publishing house in Brazil.

Transcripts of the interviews, a recorded interview with Véronique Vienne and a video on the making of the Book of 12 can all be found at www.bo12.com.