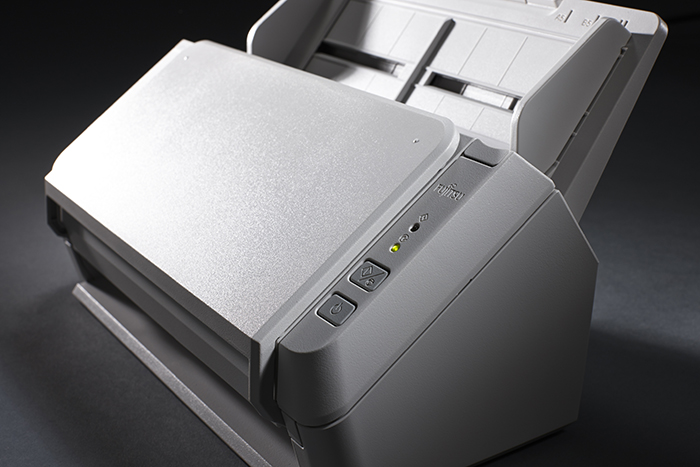 When Fujitsu introduces a new scanner

When Fujitsu introduces a new scanner it is not just to meet a perceived business need but also to encourage greater uptake of scanning in general. In this context, what are we to make of the new SP Series of 20-30 pages

On the face of it, the SP Series (SP1120/1125/1130) is something of a throwback. It has a simple, austere design and a clearly defined, limited feature set that has more in common with devices from 10 years ago than today’s multi-purpose scanners – albeit it with state-of-the-art paper-handling and Fujitsu’s PaperStream IP driver.

Klaus Schulz, Manager Product Marketing EMEA at Fujitsu subsidiary PFU (EMEA) Ltd, says that unlike the increasingly versatile ScanSnap and f Series scanners, the SP Series has been introduced to perform one task, and one task only – the scanning of documents into a professional digital archive, which remains most people’s starting point for scanning.

“What we understand from non-systematic users of document scanners in business environments is that they have digital archives that they populate with digitally born documents. But they also have analogue archives, and they might be at the point where they understand that it makes sense to convert the analogue archive into a digital state in order to have all information accessible from one single source,” he said.

Schulz says that in this respect the SP Series bucks the trend of recent years in which each new ScanSnap or f Series scanner has had greater functionality and arguably more complexity than the one before.

“This approach has worked well in developing and migrating existing users – larger enterprise users, as well as knowledgeable resellers – to the point where they are comfortable and confident that they can actually gain efficiency in their routines and their day-to-day work through document scanning – feeding documents not only into traditional digital archives but also, as part of a routine, into different repositories and applications,” he said.

However, Schulz argues that some users have been left behind by this tendency, particularly in small and medium-sized businesses with 5-50 employees and limited in-house IT expertise or resources.

“The f Series or ScanSnap IX 500 have become very sophisticated and provide a wealth of capabilities. If we talk about these with someone who has just started to become interested in digitising their paper documents, there is a risk they will be overwhelmed by the diversity of functionality on offer. That’s when we came up with the idea of going back to the roots of document scanning, to what we did as an industry 5-10 years back,” he said.

“Ten years ago, when we introduced the f Series, a desktop scanner did nothing more than sheet feed batches of documents and digitise them in order to provide them to some kind of professional document archive facility. Nothing other than that. Period.”

With the SP Series, Schulz says Fujitsu is marrying that level of simplicity with advances in hardware and software, notably a professional mechanism for feeding mixed batches including plastic ID cards; OCR software; and Fujitsu’s new PaperStream IP driver, which improves scan image quality and productivity through the use of standard or custom scanning profiles.

“We are combining the high quality and reliability of today’s desktop document scanners with what we introduced one and a half years ago on the software driver side, with PaperStream IP, to provide a very reliable high quality digital image producer for digital archive population,” he said.

“As soon as a business starts systematically scanning and merging analogue and digital archives, they start building experience and over time they realise they could do more of benefit to their business routines/ processing routines than simply populating that digital archive,” he said.

Because the SP Series has the same PaperStream IP driver capabilities as the f Series, businesses can easily upgrade to an f Series or install a mixture of SP Series and f scanners. They could even create a scanning profile and export it to an f scanner so that users don’t have to change their scanning habits in any way.

One anomaly considering the positioning of the SP Series as a dedicated archiving scanner is the inclusion of Presto! PageManager, alongside PaperStream IP and ABBYY FineReader12 Sprint (OCR) software. This personal filing and organisation software, with what Fujitsu calls a ‘personal document editing cockpit’, clearly has no value for professional archiving, and in that sense is superflous. However, Schulz says that by enabling a user to group and combine scanned pages and drag and drop thumbnails into different applications and routines, it fulfils Fujitsu’s wider mission to increase office workers’ familiarity with, and confidence in, scanning.