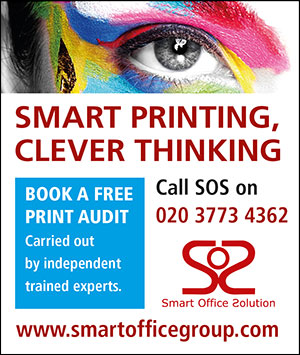 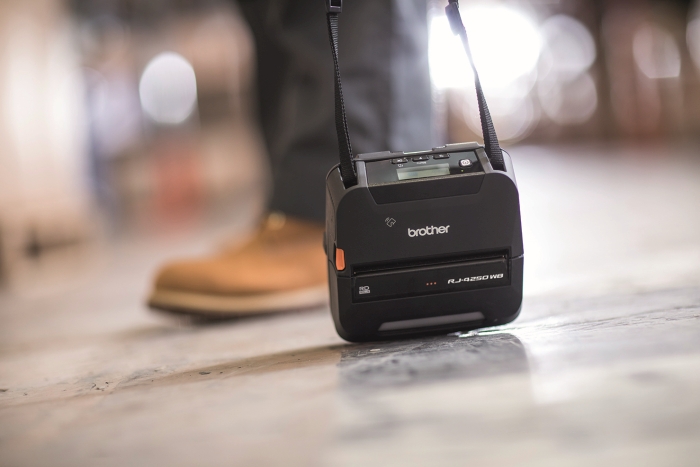 Brother has added two models to its RuggedJet range of mobile printers for field workers, transport and delivery operatives, ticketing assistants, retailers and warehouse workers. Producing output up to four inches wide, the RJ-4230B and RJ-4250WB offer more connectivity options, extra memory, improved battery life and a new Mobile Deploy feature that enables users to update software remotely. Protected by a rubber housing, the printers are IP54-certified against water spray and dust penetration and have drop test protection up to 2.1 metres.

The Majesti-Fi pocket Wi-Fi solution enables business users to roam freely in over 140 countries without fear of high data roaming charges. Following research showing the extent to which business travellers use corporate data allowances for personal activities like online shopping, gaming, dating and gambling, Majesti-Fi is promoting its device as a money-saving, secure alternative to mobile networks and unprotected public Wi-Fi hotspots in hotels and restaurants.

Urban Armor Gear has introduced a rugged yet sleek case for the Microsoft Surface Go. Compatible with the Surface Go’s Type Cover Keyboard and Surface Pen, the Plyo Series case has an infinitely variable kickstand that transforms the tablet into a laptop with multiple viewing angles. The friction-free, lint-resistant exterior slips easily in and out of bags, while airsoft corners protect against unavoidable knocks and drops.
——————————————————————

TCL Communication is bringing out an all-new version of the iF DESIGN AWARD-winning BlackBerry KEY2 smartphone. The limited edition BlackBerry KEY2 Red Edition features a deep red Aluminum frame (Series 7), with black accents covering the textured back and BlackBerry keyboard.

Off the peg datacentres

Vertiv has extended its modular data centre portfolio with two new ‘plug and play’ ranges that make it easier for organisations to deploy data centre capacity from the core to the edge of the network. These are the SmartMod/SmartMod MAX, a self-contained, ready-to-order, prefabricated modular (PFM) range that requires significantly less on-site installation than traditionally built data centres, and the Power Module range of pre-integrated power infrastructure, comprising a weatherproof, transportable enclosure plus internal components, such as UPS and thermal management systems.

With its Icon 500 and Icon 300 systems, Lifesize hopes to bring cloud-based, zero latency, 4K video conferencing and content sharing to mid-sized meeting rooms and the 98% of Huddle Rooms that have yet to be video-enabled – around 30 million, according to Frost and Sullivan. Both devices are purpose-built for Lifesize’s cloud-based video service, which, instead of using the public internet, routes calls via IBM Cloud Pro, a 2,000 Gbps fibre network made up of 16 data centres worldwide, each with more than 5,000 servers, and an associate network of carriers in a further 20 cities.

Snom’s latest IP phone firmware, version 10, introduces a completely new user interface and improved features, such as ad hoc conference calls that can be set up with fewer steps, a two-buttonpress quick redial function, contact suggestions after the first three characters of a number or name have been entered, easier transfer/redirection of calls and ambient light sensing that automatically adjusts display brightness to maximise readability. The UI has a more modern look with customisable backgrounds and colour schemes

Riello UPS has added three models to its Sentinel Dual UPS range. Like the existing 5, 6, 8, and 10 kVA models, the SDU 4000, SDU 8000 TM and SDU 10000 TM are designed to handle high-density nonlinear loads. This makes them ideal for protecting missioncritical IT networks and sever rooms, as well as electromedical devices and industrial equipment. Riello UPS General Manager Leo Craig said: “These additions offer the same tried and trusted benefits, such as operating efficiency of up to 95%, user replaceable hot-swappable batteries, and the option of installation as a freestanding tower or rack-mounted.”