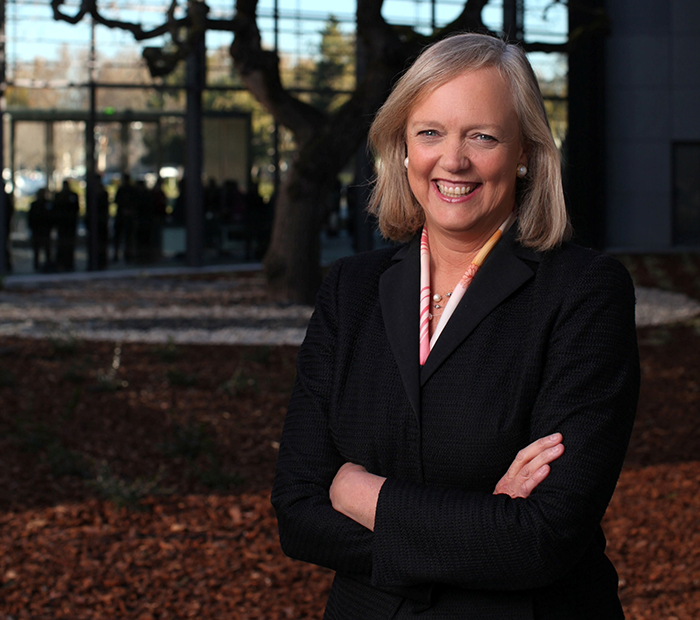 Together for the last time

Steven Swift, co-founder of IDeAs, a European network of consultants specialising in MPS, attended the HP Discover customer event in Las Vegas where he learnt all about the company’s vision for the future of print

This year, HP combined its premier partner/customer event and industry analyst/press briefing into a single HP Discover event in Las Vegas – fittingly, perhaps, as this will be the last time that HP meets the world in its present form, as a single company.

This was a truly huge event, with over 10,000 attendees. Yet the organisation appeared flawless, and presentations and meetings ran like clockwork, all in the massive indoor bubble of the Venetian/ Palazzo complex in Las Vegas, with its miles of corridors, meeting facilities, restaurants, casinos and shops, complete with a recreation of Venice with artificial lagoon and sky. There was no need to venture outside throughout the four days of the event, and one was left with the impression that this is what life might be like in a colony on the surface of Mars.

HP CEO Meg Whitman explained the thinking behind HP’s separation into two companies, principally the desire to create more focus and agility, and confirmed the timetable for the split, with HP Enterprise and HP Inc. due to start operating separately from August 1, prior to legal separation from the start of the new fiscal year on November

1. Together, she and Dion Weisler, Executive Vice President of Printing & Personal Systems (PPS), set out the vision, strategy and senior management structures of the two new companies.

Hewlett Packard Enterprise will have a new identity and green logo, and will focus on the ‘New Style of IT’ for the Idea Economy – with four themes:

Transforming to a Hybrid Infrastructure;

Empowering a data-driven organisation; and

Enabling workplace productivity. HP Inc. will retain the blue HP logo and identity, reflecting the need to leverage the brand heritage for its consumer business, and a focus on the workspace, rather than back office infrastructure.

The process involved in separating into two companies has of course been complex, and HP appears to have gone about it with all the thoroughness one would expect, given its engineering heritage.

Although the two new companies will operate as separate entities, it has been recognised up-front that they will still have many partners and customers in common, and that the Channel will play a key role delivering the synergy to keep these together. There will be a joint programme for partners who work with both companies, run somewhat along the lines of the major airline alliances, with partners earning points according to their level of cooperation with each company.

Going into this event, one might have thought the logic behind HP’s split was to position Hewlett Packard Enterprise as an exciting new service-led business driving future growth, and HP Inc. as the duller hardware business, to be hived off with lower growth prospects. However, that would be grossly unfair to the HP Inc. management team, led by Dion Weisler, who created a real sense of excitement and commitment to future growth potential. Interestingly, given all the indications that the PPS Division was being led mainly by people with a PC rather than a printer background, the main focus of future growth potential identified at this event appeared to be in the print business.

Against the general market view that print is in decline, HP believes it can generate increased revenue by targeting ‘pockets of growth’, leveraging its brand strength and being selective about where it plays. Thus, although

home printing volumes are declining, HP believes it can achieve growth by reinvigorating the market with a combination of:

A truly easy-to-use mobile printing solution, to address the demand for printing on the go from mobile media; and

New services, such as Instant Ink, which has been very successful in the markets where it has been introduced, showing extremely high customer retention levels.

In business printing, HP believes there is still some market growth, but they are targeting what they have identified as specific pockets of opportunity.

The fist is a challenge they have publicly set themselves to achieve a market share in A3 printers (where HP’s presence is currently almost negligible) comparable to the dominant position that they have in A4 printers. To achieve this, HP

dropped a very strong hint (actually showing an A3 printhead at the event) that they will be launching A3 versions of the highly successful PageWide Offie Jet Pro X inkjet products and, in doing so, disrupt the market with superior economics, as they have already done in the A4 market.

However, HP will not focus solely on Ink in the business market. They recognise that some customers continue to prefer laser and will therefore go to market with a balanced portfolio, including the new Jet Intelligence products, with their recently announced soft shell toner technology, which makes it possible for new laser printers to be significantly smaller, faster and more energy efficient. Initial results for both new technologies are very promising, and if HP can achieve anything like its A4 market share in A3, it will grow its total business very significantly.

Next was a clear recognition of the trend towards contractual sales and MPS and a strong commitment both to grow HP’s share and revenue in this sector and to ‘move up the stack’ with more value-added solutions. HP acknowledged that they were currently only second in the MPS sector (behind Xerox).

However, they have set themselves the target to be No. 1 within a relatively short time-frame. The new products will help with this, but HP knows that in addition to selling large MPS contracts to its direct Enterprise clients, it needs to engage its channel partners much more effectively in selling and delivering HP MPS solutions to smaller Enterprise and SMB clients. The third pocket of growth in business printing is in the MPS-related area of document solutions.

Although smaller than the fist two opportunities, this one has much the fastest growth. To help maximise the opportunity to increase sales, HP announced that some of the Autonomy assets relating to content management will reside in HP Inc., rather than in Hewlett Packard Enterprise. In addition, HP demonstrated a number of interesting vertical market workflow solutions, integrating PC and printer solutions with content management and process-related software.

As if that were not enough, HP identified two further opportunities for huge growth, beyond consumer and office printing. These are:

1 Graphics, which is ten times the size of office printing and still dominated by traditional analogue printing presses. Here, HP has a big opportunity to grow market share, riding on the trend towards digital print and exploiting its wide array ink-jet printing across a range of formats and applications as diverse as books, packaging and car wraps.

2 3D printing, where HP has leveraged PageWide inkjet printing technology in its new HP Multi Jet Fusion concept. The products will be in prototype by 2016 and ready for launch by 2017. The concept promises better,

faster, stronger, more cost-effective 3D printing. If HP can deliver on this, in a market which is still in its early stages and highly fragmented, then the growth potential could be truly transformative for the company.

Many of the strategies and new product ideas presented by the new HP Inc. were very exciting and held out the prospect of major growth potential. As ever, with HP, the key issue will be whether the execution and delivery can live up to the dream. For example, in the area of MPS, HP will need to pay special attention to ensuring continuity and support for its channel partners, if it is to achieve its growth ambition. This implies real attention to detail – not just looking at the big picture – and being willing to seek outside help where needed.

One final observation. While the restructuring and split into two companies appears to have released significant new energy, ideas and commitment, was it really necessary to divide the company to achieve this? Could it have been done within a more autonomous PPS Division under an integrated HP structure? Or is there another logic driving the split?

Steven Swift is co-founder of IDeAs, a European network of consultants advising and helping companies make the change to a service-based business model in the Printing and Imaging industry.

IDeAs works with many of the leading names in the industry, including OEMs, channel partners, software and supplies companies, and also leads IMPSGA – an alliance of independent MPS providers across Europe.

Steven has over 20 years experience in the Printing and Imaging industry, and has been involved with the development of MPS since its earliest days. He has seen this from several different perspectives, including senior roles at leading manufacturer Ricoh, consultancy with MPS software provider NewField IT, and industry analysis with Photizo Group. Steven’s most recent experience at IDeAs has included a lot of work helping the channel to adapt to the new service-based business model.