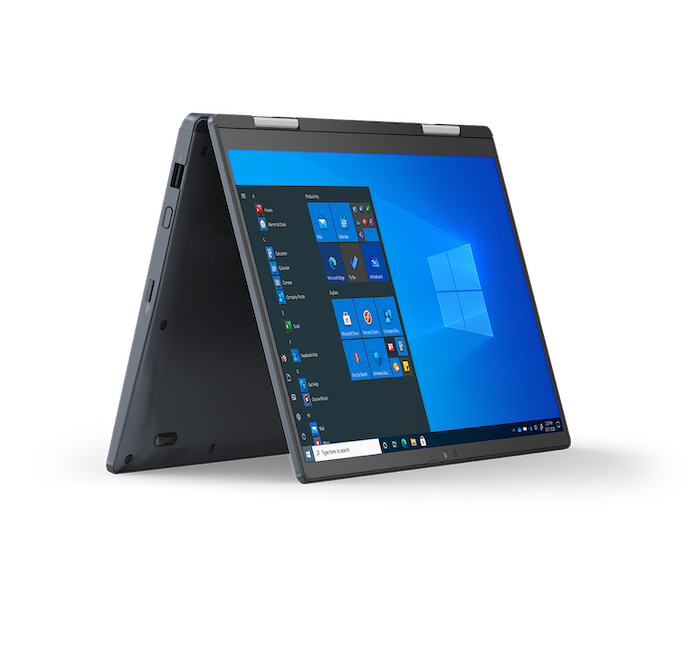 Dynabook has been expanding its portfolio to attract new customers. ManagedIT finds out how it has been doing from Nick Offin, Head of Sales, Marketing and Operations for Northern Europe

Following this milestone, ManagedIT caught up with Nick Offin, Head of Sales, Marketing and Operations for dynabook Northern Europe, to find out how the company has fared since its formation last year and whether it was living up to his memorable description of it as a ‘30-year old start-up’.

This term neatly encapsulates two contrasting aspects of the new company: its heritage as a pioneer of mobile computing and the fact that, as a Sharp subsidiary, it is part of the giant Foxconn Group; and, against that, its commitment to react quickly to market opportunities more in the style of a start-up.

Expanded portfolio
The last 18 months have seen a significant expansion of dynabook’s product range, which has enabled it to compete in more market sectors and win back channel partners that had drifted away from Toshiba.

Dynabook now has a complete range of devices at the entry-level, mid-range and high-end, including 11.6-inch notebooks, which had been missing from its/Toshiba’s range for a few years. It has just launched new products into the popular 2-in1 category (see caption) and has other new models in the pipeline.

“We now have a product offering that meets a lot of different areas in the marketplace. It is fair to say that over the last two to three years of the Toshiba PC business we focused a lot on Ultrabooks, on our mid-range, high-end proposition, so our product and proposition was attractive to certain customers. But now we have brought more entry-point products to the market, which has brought a lot of new partners back to us, particularly those that are transacting with schools and SMBs,” said Offin.

Not that it is dynabook’s intention just to match other vendors. As it positions itself as a credible alternative to the likes of HP and Lenovo, it is also highlighting its heritage in quality manufacturing, reliability and innovation.

“One of the great things we are back doing is bringing out new technology, new devices,” explained Offin. “For example, in the last six months we have launched the world’s lightest 13-inch laptop – the X30L – a fully functioning business product weighing less than 900 grammes. Things like that makes us stand out in the market.”

Lockdown boost
Like other notebook vendors, dynabook benefited from a massive spike in demand for mobile products following the first lockdown, as well as greater brand recognition through its involvement in the Department for Education’s roll-out of 200,000 mobile devices to underprivileged and disadvantaged children.

Offin points out that the demand was not just for its laptops but also for its dynaEdge Windows-based edge computer, which can be coupled with accessories like AR viewers – another example of the company’s innovative instincts.

“The pandemic put some impetus into that part of the business too. One large organisation in the energy industry, which services and maintains power facilities globally, has been unable to fly people around the world because of the pandemic. So, instead, they have used our dynaEdge and viewer to build a service kit, which they send out to people on the ground who can go and look at the power installation and feed data back to the UK for remote maintenance. We are seeing a lot of organisations embrace a remote diagnostics support model. They were forced into it by the pandemic but now see that it has real cost advantages,” he said.

With the extra bandwidth of 5G becoming more widely available and the future launch of 4G/5G-capable dynaEdge devices that don’t need a WiFi connection, plus a greater choice of accessories, Offin is confident that interest in this solution will keep growing, taking the dynaEdge and dynabook itself into new areas.