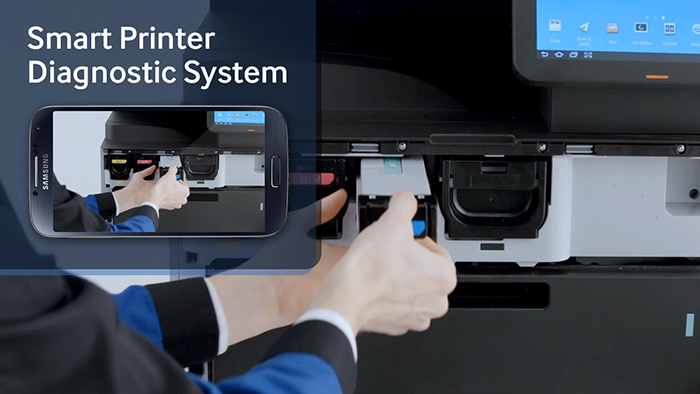 Samsung Electronics has launched a printer failure diagnostic tool for its MultiXpress range of printers.

When a mobile device with the SPDS app receives an error message from a failed MultiXpress printer, the app automatically identifies the issue and displays a step-by-step troubleshooting guide. Engineers can also share video footage with other engineers.

General users can use the app to fix minor printer issues by referring to SPDS guides for every model of Samsung MultiXpress printer. SPDS is available for download from Google Play and Galaxy Apps in 51 countries, and is offered in nine languages including English, French and German.