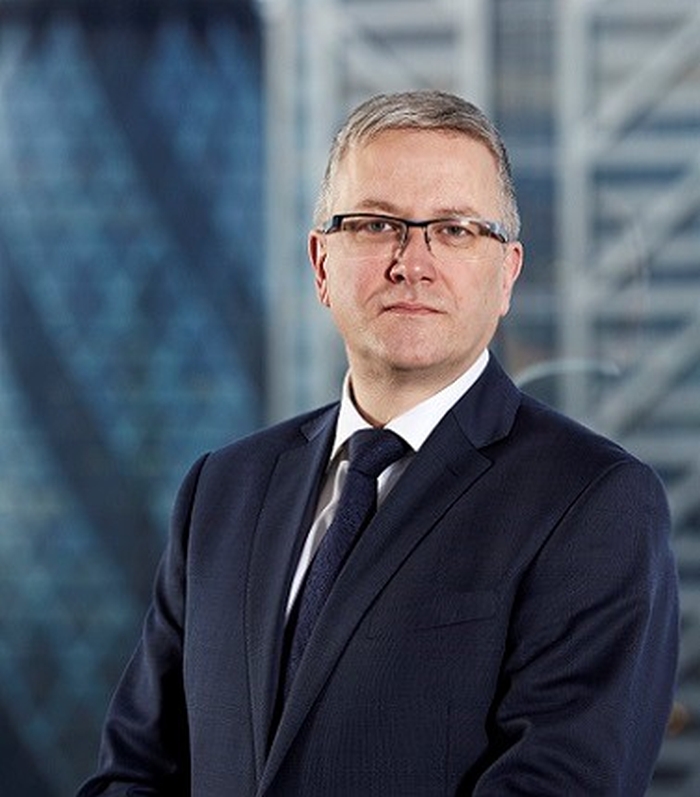 With the acquisition in 2016 of Midshire Communications Ltd(MCL) and Annodata, KYOCERA Document Solutions UK (KDUK) gained not only a direct sales business but also expertise in selling solutions beyond print, including ICT services and unified communications.

Last month, following on from these changes, the company announced a new executive leadership line-up; the setting up of a Content Services team to focus on solutions; and a new relationship with enterprise content management specialist Hyland (see box).

To discuss these and other topics, Managed IT caught up with Rod Barthet, CEO of KDUK and Annodata. We started by asking him about developments in the printer industry and what they mean for KYOCERA and its customers.

Rod Barthet (RB): “The print-only market in the UK is one which is seeing massive consolidation in the reseller/vendor channel. We saw Apogee, the largest independent, acquired by Hewlett-Packard recently. A lot of that is being driven by the fact that the traditional print market is becoming more stressed for partners that only provide a single offering i.e. just print.

“KYOCERA itself is performing well in the market. It is a challenger brand that has taken significant market share over the last few years and has grown rapidly at the expense of other manufacturers. KYOCERA recognised that in order to remain relevant to end user customers and resellers, vendors need to be able to provide the additional services end user customers are increasingly demanding. So, back in 2016 it acquired Annodata to leapfrog straight into the provision of ICT hosted communications and genuine managed services.

“That’s proved to be enormously successful. We are already seeing business being written in the partner channel where effectively KYOCERA is now able to provide those services to partners. It’s embryonic but growing rapidly and throughout 2019 we will see major launches of services, available to the dealer channel, that encompass not just print, but also IT infrastructure services, communication services and content management services, which are really about the digitisation of workﬂow through the customer network. All of that is supported by a service delivery model that includes set service levels and 24/7 monitoring. Our whole strategy is about broadening the services our partners take from us.”

Managed IT (MIT): Will this involve further acquisitions?

RB: “Not immediately. KDUK effectively doubled in size when it acquired the Annodata organisation and is now very clearly defined, with half the business being done on a direct basis and half through the dealer channel and the distribution and SI channels. We don’t see the need for further acquisitions, as there is significant opportunity for our partners to grow through the provision of additional print and wider ICT services that they can acquire from KYOCERA. So, there isn’t an acquisition drive on the radar right now. But that’s not to say that won’t change over time.”

MIT: Has Annodata been completely integrated now or is it still run as a separate organisation?

RB: “The two channel organisations KYOCERA acquired in 2016 – MCL and, on a different scale, Annodata – continue to operate independently and still provide multiple services and products from multiple manufacturers, even if the majority of the print business is KYOCERA based. Effectively, they are the direct operation of the KYOCERA UK business.

“At the same time, we have taken the ICT skill set and capabilities of the Annodata organisation and put those into the KYOCERA operation so that it can provide those services directly to partners. Henceforth, Annodata will acquire its ICT skills directly from KYOCERA, effectively becoming another partner of the KYOCERA organisation, even if it and MCL are its direct sales arm.

“We had considerable expertise in the Annodata organisation, which is why Annodata was acquired. It wasn’t about buying a print company; it was about buying an organisation that had managed to crack the nut of being able to cross sell and have an infrastructure that allowed you to sell ICT services.

“What we’ve done with the re-organisation is move the ICT skills sets – the network operation centre (NOC), the call centres, the ICT capability, the professional services infrastructure – into the heart of KYOCERA, so it becomes a KYOCERA product offering for the dealer channel. If a dealer wants to provide a cloud-hosted solution to a customer, they can buy the capabilities and services and skill sets directly from KYOCERA, rather than thinking they have to acquire them from Annodata, an organisation they might regard as a competitor.

“Annodata will acquire those services in the same way as any other dealer. That makes us unique in the marketplace – because of the breadth of product we provide and the fact that a dealer that buys its print from us will also get from us their cloud hosting, their monitoring, their UC and their content services.”

MIT: How have your partners reacted to this arrangement?

RB: “Initially, partners were very nervous because KYOCERA in the UK used to be an indirect-only business. But over the last two years, they have learnt that the core values and philosophy of KYOCERA are about the integrity of the organisation and doing the right thing as a human being, to quote Dr Inamori (KYOCERA’s founder) directly.

“When you run a direct and an indirect organisation, conﬂict will inevitably occur. It’s by managing that conﬂict appropriately that you gain the trust of vendor partners. We have seen our vendor partner business grow year-on-year and that is testament to the way both the direct and indirect channels are led and managed by the two sales directors (Peter Lunn, Indirect, and Gary Day, Direct).

“The market is so substantial that business partners don’t come up against each other that often. Certainly, from an Annodata perspective, most of the competition comes from other ICT and managed services providers, not necessarily from the dealer channel itself.”

MIT: Does that mean that there is scope to take on more dealers?

RB: “Yes. In fact, we are on a recruitment drive right now. There’s obviously a lot of concern in the marketplace, and I have been very impressed by the number of dealers that have approached us looking for a new vendor partner. As well as talking to new dealers, there’s an element of broadening our distribution operations as well.

“The product set in KYOCERA, from a print perspective, is exceptional. It is a well proven product that historically grew mostly in the public sector but is now also growing in the commercial and corporate market. KYOCERA is very well positioned from a technology perspective. When you overlay that with the opportunity for dealers to broaden their service offering, it is a compelling offering for the channel, and we are seeing a real benefit from that.”

MIT: You mentioned that there is a lot of concern amongst MFP dealers. What are some of the things they are troubled by?

RB: “There are a number of different things. HP by its nature was a distribution-led organisation. The acquisition of Apogee is a major change in their strategy because they are now operating on a direct basis and people are concerned about what this means for them.

“Most of the channel is seeing significant price erosion, from both a service and hardware perspective, so they are looking for partners that can help them do two things: one is to grow – I am hearing lots of conversations about how the channel itself is looking to consolidate and buy other channel partners; the second is to engage with partners that have real knowledge of their channel, which our leadership team demonstrates.

“Unlike any other manufacturer, we’ve got a business that has a real complement of both indirect and direct leadership. We know what challenges partners are facing and we are able to provide them with a broad array of services that allow them to compete more effectively.

“Let’s also not forget the B-word. The UK economy is without doubt suffering from the uncertainty caused by Brexit. There are so many pressures that business owners and dealerships are looking for partners that can add value and help them to grow their business”.

MIT: Apart from its expertise in ICT, what else has Annodata brought to KYOCERA?

RB: “The Annodata organisation has injected a degree of velocity that I don’t think exists in the manufacturing channel. The pace and speed with which you have to operate in a direct operation can be quite breath-taking. So, if anything, we have injected a degree of pace into an organisation that was already running at a terrific speed. On top of that, we have a genuine understanding of what our channel partners do day-in and day-out. That has been very well received by the channel and adds a lot of value to the organisation.”