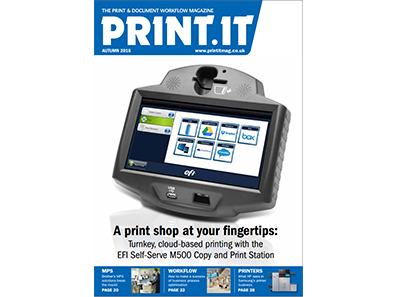 The news that HP is to buy Samsung’s print business for $1.05 billion came as quite a surprise, not least because Samsung has always made a point of declaring how important print is to its future plans. Perhaps it made this point so strongly because, to the outsider, printers and MFPs sit uneasily with Samsung’s more celebrated areas of expertise such as semiconductors, displays and, of course, smartphones.

For at least 15 years, Samsung has been all about convergence of technologies and with its Android-based SmartUX platform it has attempted to bring printers into the smartphone eco-system. At its European Partner Summit at the beginning of June, it presented a number of scenarios in which smartphones and MFPs combined to streamline workflws. In fact, these examples mainly proved just how redundant printers have become for many processes.  That said, there remains a signifiant requirement for print and a quick and easy way to transition between digital and hard copy formats, which Samsung MFPs deliver. And there is no doubt that Samsung’s platform and app-based SmartUX Center have enormous potential to transform many document/information processes. Samsung engineers are already benefiing from servicing apps and, with the launch of the Dynamic Workflw app, which makes it easy to design complete one-touch workflws involving multiple functions and a combination of apps, end user customers have much to gain too. Over the coming months, Samsung and independent third party developers will be launching many more apps.

The Samsung Smart UX Center might be the outward sign of Samsung innovation, but its engineers have also been making important changes to MFP design to simplify installation and servicing, and this might have been an attraction for HP as it seeks to increase its appeal among traditional copier dealers. Samsung’s growing range of A3 MFPs is another inducement for a company that in the past has relied on Konica Minolta and Sharp to round out its business portfolio. Some commentators have suggested that the acquisition will also give HP a stronger foothold in Far Eastern markets.

A lot of uncertainty still surrounds HP’s acquisition, but at fist glance it looks like a good move for HP and a divestment that Samsung will move on from as it seeks out faster growing and more profiable markets. Samsung always had ambitious targets for its printer business, the latest being to become the Number One printer vendor by 2020. It won’t achieve that now.