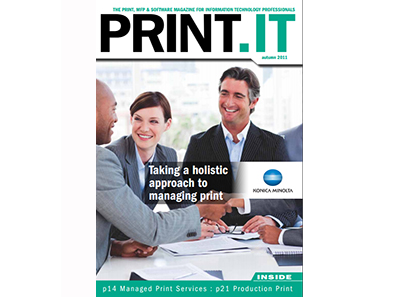 Lexmark broke new ground with its Genesis all-in-one, which uses digital camera technology instead of a conventional CCD scanner to produce superfast scans in as few as 3 seconds. However, the need to place items beneath a lid (in Genesis’ case, a vertical one) limits its possible applications.

Now HP is showing what can be achieved with its new HP TopShot Scanning feature, included for the first time on the HP TopShot LaserJet Pro M275 MFP. This uses an 8 megapixel digital camera embedded in a hinged arm that rises above the scanning platform to capture six images of a document or 3D object, from which a single high quality image is produced.

HP says the new feature is particularly useful for people wanting to post images of 3D objects online including auction and e-commerce sites, not least because bundled scanning software enables users to remove backgrounds from scans without the need for a separate photo editing package.

Direct web access and a choice of free HP print apps means that users can upload scans to the web for storage and sharing online directly from the MFP with no need to turn on a PC. HP has sold 10 million cloud-enabled, web-connected printers since launching its first models in 2009.