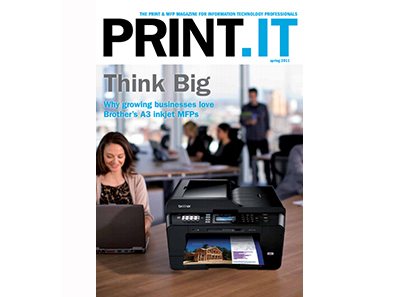 The decision by the House of Lords to allow iPads into the chamber during debates is the latest example of how tablet computers are reducing the need for hard copy documents, with potentially serious knockon effects for the printer industry.

Speaking on Radio 4’s Today programme Lord Deben, better known as John Gummer, advocated the use of tablets on the basis that they allowed members of the House of Lords to view documents relating to debates electronically. “If I had an iPad, I could see Hansard on-screen and wouldn’t have to bring in printed papers, meaning I’d save a great number of trees. It seems to me that this is an environmentally friendly and sensible thing to do,” he said.

Another popular application for tablet computers is as a replacement for hard copy board packs in company board meetings. Digital Boardbooks, a developer of software that allows board members to access documents with the swipe of a finger, reports that a growing number of European businesses have transferred their board material online to reduce labour, printing, paper and courier costs.

Tablets are also being introduced for more general tasks. According to a Morgan Stanley Blue Paper published in February, two thirds of companies expect to allow tablets on their networks by 2012, up from 29% currently. Underlying this trend, argues Morgan Stanley, is the growing use of iPads for content creation rather than mere consumption. Currently one in five tablet owners regularly uses their device to create or edit files, compared to 56% of notebook users. However, Morgan Stanley expects this figure to rise with the introduction of mobile apps and more powerful processors. One consequence of growing tablet sales is a reduction in demand for printed output, which the bank believes could cause printer supplies revenue to fall by 1-2% this year and by 2-5% in 2012.

While it is true that one can access information on a notebook – except in the House of Lords which is limiting its trial to touchscreen devices on the basis that the clacking of a keyboard will prove too much of a distraction during debates – Morgan Stanley believes that the greater portability and longer battery life of a tablet poses a greater threat to the printed page.