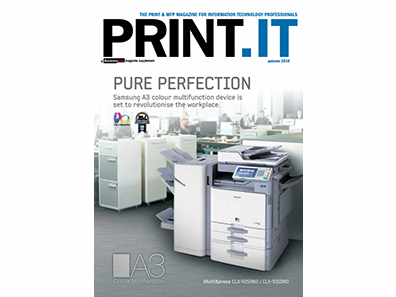 Recovery in the worldwide hardcopy peripherals market is continuing with doubledigit growth in both units and shipment value in the second quarter of 2010 (2Q10).

IDC points out that this is the third consecutive quarter of year-over-year unit growth and the first double-digit growth for both units and shipment value since early 2000.

“We expect the market will continue to bounce back throughout 2010 but competition will remain strong and emerging markets will fare better than others,” said Phuong Hang, program manager for IDC’s Worldwide Quarterly Hardcopy Peripherals Tracker.

In Western Europe, despite year-over-year growth of 12.3% – the region’s first positive trend since 3Q07 – shipments remain lower than in 2007. Unlike previous quarters, when colour laser multifunction printers (MFPs) enjoyed the highest year-over-year growth, 2Q10 marked the first quarter where monochrome laser MFPs posted a higher yearover-year growth than colour laser models (39.7% and 33% respectively). While HP continues to dominate the total laser market, with 2.8 million units shipped in the second quarter and a 41% market share, Samsung leads the market in both monochrome and colour laser MFPs. Year-toyear, Samsung mono laser MFP shipments increased by 54% to 500,777 and colour laser MFP shipments by 55% to reach 108,731.

The dominant printer technology remains inkjet, with a 66% share of the overall hardcopy peripherals market. With inkjet shipments up 14% in 2Q10, the inkjet market grew more strongly than at any time in almost seven years. More than three quarters (78%) of inkjet shipments were MFPs.

The laser market grew even more strongly, with a 35% rise in shipments. Mono lasers accounted for 83% of laser shipments, up 1% on the same period one year ago, with an MFP penetration rate of 37%.

Colour laser shipments grew by 25.4%, the best yearover-year performance for three years, with MFP devices accounting for almost half (46%) of the total colour laser market.