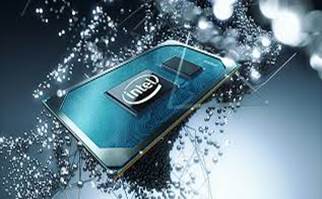 Past, present and future of Intel’s computer processor technology:

Technology has flourished as it has evolved in both function and design since the first computer processor known as 4004 in the early 1970s, with speeds just reaching 108 khz. The adverts went live in November 1971, with the slogan “announcing a new era in integrated electronics”, rather prophetic for Intel in the long term!

It was the end of the 70’s (1979) that saw an architecture chip rise in history and the key turning point for computers everywhere. The 8088 with its 16-bit CPU and Compaq Portable that IBM chose for its original line of PCs and went on to dominate the desktop computer market.

It was the founding and fundamental architecture of the 8088 that meant throughout the 80s thousands of computers started to become common place in offices and starting to make appearances in the home. It was in 1993 that Intel’s first P5-based microprocessor was released as the original Intel Pentium following series of 7 microprocessors. This was Intel’s first superscalar x86 microarchitecture and, as a direct extension of the 80486 architecture, it included dual integer pipelines, a faster floating-point unit, wider data bus, separate code and data caches, and features for further reduced address calculation latency. The processors were the fastest of their time at 66 mhz and were considered premium purchases as referenced in Sean “Puff Daddy” Combs called “It’s All About the Pentiums”!

In parallel with the P5 microarchitecture, Intel developed the P6 microarchitecture and started marketing it as the Pentium Pro for the high-end computer market in 1995. There were three versions of P6 architecture overall, all improving upon the last with processing speeds jumping to 200mhz from just 66mhz. This was also being replicated for laptop technology and where we really see the laptop era start to take off…!

The millennium brought about a growing laptop market, where Intel introduced a microarchitecture named NetBurst, with a much longer pipeline enabling a higher clock frequency of 1.5ghz, much higher than the P6-based processors. Initially, these were named Pentium 4, and the high-end versions have since been named simply Xeon.

In 2003, Cristiano Ronaldo made his Premier League debut for Manchester United, the mobile was making its entrance to society and Intel introduced a new processor based on the P6 microarchitecture named Centrino. Originally this was launched with the power efficient Pentium M architecture, however this had the biggest impact on society and wider industry to date as this was the first time that processors focused on Wi-Fi and WiMAX wireless computer networking adapters. Meaning, that everyone (who had an Intel Centrino computer) had access the internet.

It was at this point that architecture was created with dual-core versions were created with both cores integrated on one chip and saw Intel prevail over the market for over a decade. It was also when pop diva Mariah Carey, and UK footballer Michael Owen sat on peoples laps to promote the latest Intel Centrino technology for laptops.

The legend of Pentium continued but was considered to be low-end versions, and it was from this point that the Intel Core brand name was used for the mainstream Intel processors. These new states of the art processors were a big changing point in the way computers performed and were created for everyone to be brought into the wireless laptop era.

2007 was the year of storms, literally there were storms all over the globe…and with it, Intel introduced the Core i7 line of microprocessors which are intended to be used by high-end users – those who use their computers and laptops religiously and reaching processing speeds of 3ghz. Alongside this, Intel catered for those who didn’t rely upon their technology all that often but still wanted in on the excitement. Thus, Intel Core i3 and i5 brand line of microprocessors. These still retained all the power of the Intel Core line, but less intense as the i7 counterparts. 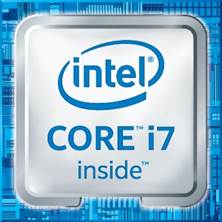 Just after a the new decade, in 2011 the Ultrabook was created with the Sandy Bridge architecture and again shifted in a new era of laptops. These brought about the design and concept of the of thin-and-light laptop design to the PC market. Enabling the era of digital nomads and millennials to start carrying their thin-and-light laptops with them everywhere.

As the race for technology escalated, Intel raised the game again in 2015, through the 6th Generation Intel® Core™ with new, sleek designs which were the thinnest people had seen. It had device design options, ranging from the ultra-mobile compute stick, to 2 in 1s and huge high-definition All-in-One desktops. Consumers could start devices in about half a second, there was a focus on strong performance and long battery life. Long live the laptop generation!

In recent years, launches including the 8th and 9th Gen Intel® Core™ processor family focused on visuals and interactivity from in-game experiences with livestreaming and seamless highlights recording, or creating and sharing with less waiting time.

2020, despite the global pandemic, has brought about the most exciting advancements in processing technology to date – allowing people to have ultra-portable laptops which are supportive of those who love gaming and need a bit more power and flexibility. Intel Evo launched this year with Tiger Lake architecture that demanded a thin-and-light design, Wi-Fi 6 and thunderbolt connectivity, as well as your enhanced battery life.

Intel’s 11th Gen Intel Core processors with Intel Iris Xe graphics are designed to have unmatched capabilities for real-world productivity, collaboration, creation, gaming and entertainment. The 4.8ghz of speedy technology also allows digital nomads to do a bit of video or photo editing on the go, with the extra boost for integrated graphics.

With the ever-changing global outlook, the future of technology is one that will also constantly evolve, and we can’t wait to see it.