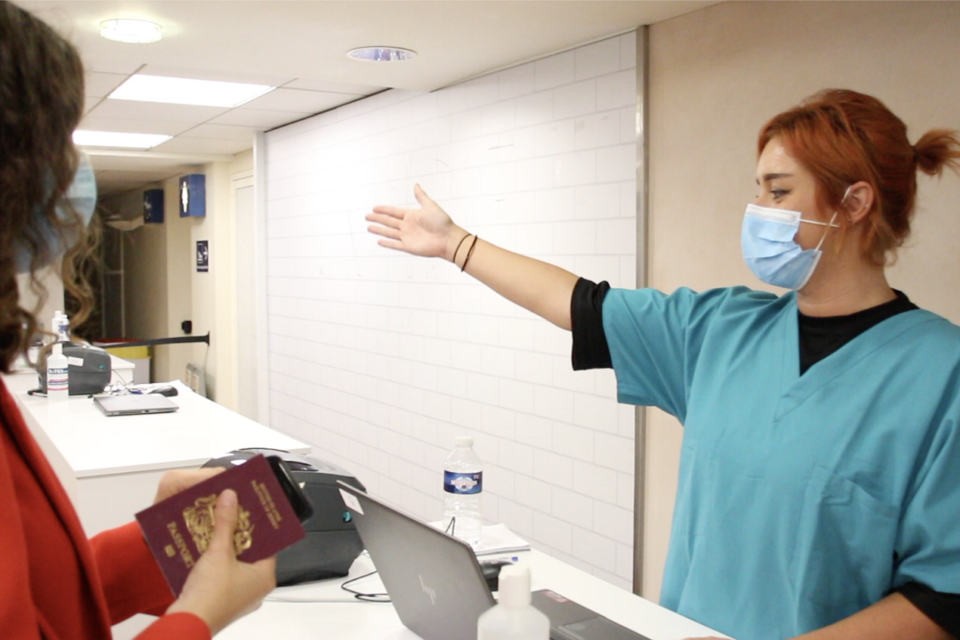 On the island of Jersey, a race to safely reopen the border and protect a community

The government of Jersey needed a solution, and the clock was ticking.

The British Crown , which had banned all but essential travel to the island in late March due to the coronavirus pandemic, decided to reopen its borders by July 3 to accommodate airlines’ schedules. Ongoing travel restrictions could have had potentially devastating effects on the island’s economy, which relies heavily on financial services, agriculture and tourism, and created additional hardships for residents, many of whom had been separated from loved ones for months.

To reopen safely, the island needed to find a way to test incoming travellers for COVID-19 and isolate those who tested positive, as well as anyone they were in direct contact with. Government officials knew that a coronavirus outbreak on the island of around 107,000 residents — which lies between England and France, is the largest of the Channel Islands and is known for its sandy beaches, picturesque cliffs and medieval castles — would be catastrophic.

“If we got hit by the pandemic in any significant way, it would effectively take out the island,” says Gary Bowles, group director of modernization and digital for the government of Jersey. “There’s no wiggle room.”

Jersey government officials decided in early June that the island would have a booking and testing system in place by the beginning of July — less than a month away.

Jersey had an existing system designed for booking patients for tests in a medical setting, but it wasn’t geared for customers to input their own information or to handle large numbers of people quickly. So Bowles and his team designed a solution and turned to Microsoft for help to deliver it. They needed a mobile solution that was fast, easy to use, able to process large numbers of travellers quickly and adaptable to any testing scenario.

Microsoft sprung into action, quickly mobilizing a team of about half a dozen people from Microsoft Consulting Services across four continents to provide the needed expertise and enable a round-the-clock work schedule to meet the tight deadline. Using Microsoft Teams to communicate and share work, the team put together a demo in four days, and within two weeks built an end-to-end solution for registering, booking, testing and tracking travellers coming into Jersey.

“We would normally take that period of time just to mobilize and ramp up our teams,” says James Paley, Microsoft’s architect practice manager, business applications EMEA. “We had to make lots of decisions very quickly and we had to have lots of agility within the project itself.

The testing system, built on Microsoft’s Power Platform, allows travellers to complete a pre-travel registration form on the Jersey government’s website. They are then given a unique QR code that they present when arriving for testing at the island’s airport or two ferry terminals. Agents scan the codes, verify travellers’ identities and direct them to a testing area, where they are given a COVID-19 swab test.

Test results are automatically relayed back to the platform and to the island’s public health system, which notifies travellers of their results. The system is not notified of any test result, just that a result has been identified. Travelers are notified of negative results by text. A positive result triggers contact-tracing through Jersey’s COVID contact tracing team and is communicated to the island’s public health system, which is managed by strict environmental health regulations and security protocols. Passengers who test positive, decline testing or arrive from countries deemed high-risk are required to self-isolate; a government team monitors compliance.

The system was ready to go on July 3, but there was one big problem — the tight timeline didn’t allow for agents to be trained on it. So that morning, Bowles, along with Graham Ramsden, head of change delivery for Jersey’s modernization and digital efforts, and several members of Jersey’s IT team went to the ferry terminal to check in passengers as they arrived. When they arrived, they were told they needed to wear steel-toed boots, so there was a hasty trip into town to buy some.

Outfitted in boots and high-visibility jackets, the lane crew waited for passengers to start coming off the ferry. The government’s modernisation and digital team served as runners between the lane crew and the Microsoft team, which was standing by on a live Teams video call to troubleshoot any issues that arose.

The first vehicle pulled off the ferry and its driver presented a QR code that wouldn’t scan. As lines of vehicles waited, the Jersey crew frantically communicated with the Microsoft team, trying to determine what was wrong. With an outgoing tide and hundreds of passengers and vehicles waiting to board the ferry, the crew needed to fix the problem within 30 minutes, come up with an alternate plan or release passengers onto the island without being tested for COVID-19.

At about the 27-minute mark, Bowles says, a Microsoft architect in California implemented a code change that fixed the issue.

“By that time, Graham and I had already had our heart attacks,” Bowles says, laughing. “We were finished.”

For the Microsoft team, the rollout was exciting, albeit nerve-wracking.

“It was gratifying but it was also terrifying, because we knew the necessity to have the solution working,” says David Prince, Microsoft account executive for the government of Jersey.

“We understood the gravity and the need for the solution to open up the island. There was no additional time to be given. There were no second chances.”

The Microsoft team continued with live support for the first two weeks, then scaled back to providing support each time the system is updated and helping with evolving legislative requirements.

“It was really important in the early days to have Microsoft there to jump on any issues as quickly as possible,” Ramsden says. “That was critical.”

One of the biggest challenges of developing the system was the lack of examples Jersey could look to, he says.

“There isn’t a department you can go to, ‘the pandemic virus-testing department’, and ask them what their requirements are,” Ramsden says. “We’ve probably written the playbook for manual mass testing at ports.”

Jersey’s system can now get pre-registered passengers checked in and directed to testing in about 40 seconds, Bowles says. As of mid-September, the island had tested almost 70,000 travellers and identified 51 positive cases of COVID-19 through the admissions system. More than half of travellers who have tested positive were asymptomatic, Paley says, underscoring the risk of travellers moving around the island and potentially infecting other people if a comprehensive testing system was not in place.

According to statistics compiled by the European Centre for Disease Prevention and Control, Jersey now has one of the highest levels of COVID-19 testing in Europe and one of the lowest test positivity rates, 0.1%, indicating the number of tests required before a positive case is found.

Given the stakes involved, the Microsoft team was particularly invested in making the system a success, Paley says.

“What’s going on with COVID-19 globally has had an impact on everybody’s lives,” he says. “There is this sense of making a real difference in people’s lives, which could be our friends, our family or anyone else.”