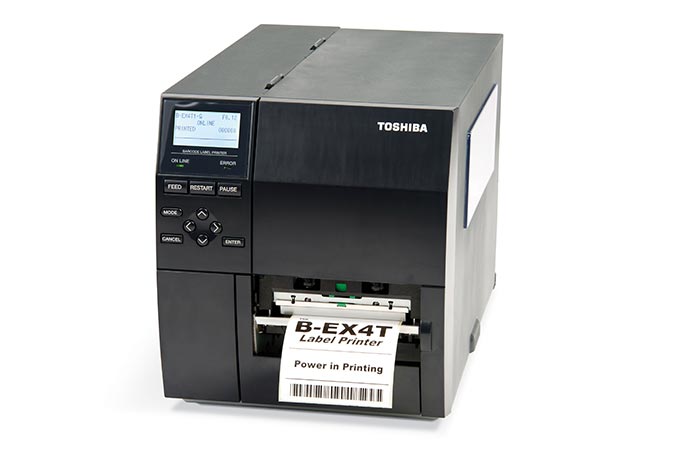 Manufacturers that make claims about the superiority of their consumables over cheaper.

Warren Buffett, the American entrepreneur, investor and philanthropist, once declared ‘Price is what you pay. Value is what you get’. It is fair to assume that when he uttered these words he didn’t have thermal transfer printer ribbons in mind. Yet when it comes to the purchasing of such items, his words are apt.

Manufacturers that make claims about the superiority of their consumables over cheaper, compatible products are often met with the cry of ‘They would say that, wouldn’t they?’. However, as an experienced user of ribbons from a variety of sources, I firmly believe that Toshiba TEC’s own brand ribbons offer unrivalled performance, consistency, quality and value. The ribbon sector has changed considerably over the last 15 years.

Ribbons used to be produced in Europe and, with a few exceptions, the quality was good. Then, imports from China and the Far East started to appear and, while the price was attractive, the quality left a lot to be desired. In recent times, the general standard of compatible products has improved slightly, but if you’re thinking about using them in Toshiba TEC labelling and barcode printers, take my advice and think again.

We all like to find a bargain, but compatible ribbons are a false economy. They tend to be only around 10% cheaper than genuine supplies, which, for an average product costing £6, equates to a saving of just 60p. This figure pales into insignificance when the additional advantages of a Toshiba TEC product are factored in.

Toshiba TEC ribbons are made with a high quality back coating, something that is often missing from compatible products. This coating is there for a good reason, to prevent a build-up of static charge. In a thermal transfer printer, a static build-up can create an electrical spike, which could easily blow the pins on the printhead, necessitating a replacement. With printheads costing anywhere between £100 and £1,500 to replace, depending on model and size, this is not something you want to do more than necessary.

It is worth pointing out that Toshiba TEC has such confidence in the quality of its ribbons and printheads that, while its competitors have component warranties of just 25km, the Toshiba TEC B-SX series of industrial label printers has a warranty of 100km. Over the course of a printer’s 10-year lifespan, a business that changes the printhead every 25km could end up spending as much as £16,000 compared to £5,600 with a Toshiba TEC printer. In fact, Toshiba TEC’s printheads often last a lot longer; we recently changed one that had operated perfectly for an exceptional 901km.

As well as looking after over 1,000 printers in the UK as part of managed service contracts, at Reflex Systems we also run our own bureau, carrying out printing services on behalf of many organisations, 95% of which are based in the food industry.

The food sector has no tolerance for poor quality barcodes. If a barcode is unreadable then a retailer can fine the supplier. It’s a risk that’s simply not worth taking and a Toshiba TEC ribbon will offer a level of reliability, reliance and lower total cost of ownership (TCO) that a compatible product can’t. It makes sense for us, too, as any downtime we experience could contravene our service level agreements (SLAs).

Many other industries benefit from Toshiba TEC’s high standards of innovation. For example, the company’s new range of near-edge resin ribbons are specifically designed for marine use and meet the stringent requirements of BS 5609, which sets minimum standards for adhesive performance, print permanence and abrasion resistance.

Using the right ribbon is vital. Yet there is often a lack of knowledge about this issue. As part of Toshiba TEC’s technical support, experts will recommend the right solution for each application.

It might come as a surprise to learn that reliability of supply is an important consideration, too. A core component of a printer ribbon is polyester. Four years ago there was a worldwide shortage of polyethylene terephthalate (PET) due to increased demand from manufacturers of solar photovoltaic (PV) panels. Throughout this period, Toshiba TEC was able to supply its full range of sizes, grades and colours.

Compatible ribbons might look like a good deal initially, but when it comes to performance, consistency, TCO and the ability to protect an investment, they fall short – unlike Toshiba TEC ribbons and other consumables that have been designed to meet the highest standards using the best quality materials.