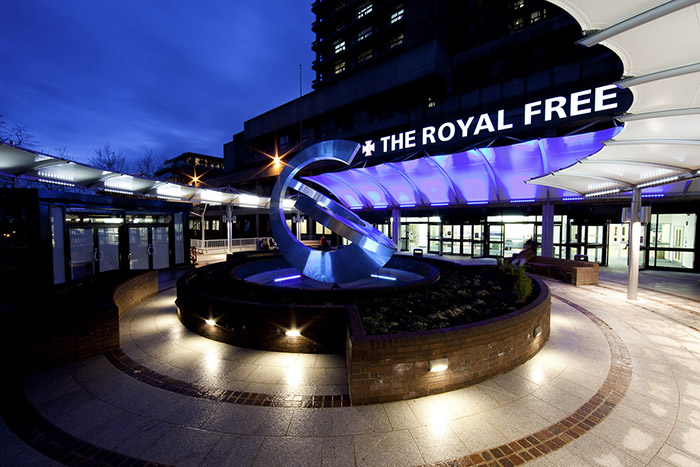 MISL, which won the £4.5 million contract to provide document scanning services to The Royal Free in November 2013, expects to complete the task of scanning 750,000 patient files by Christmas 2015 – 24 months ahead of schedule.

The project involves the digitisation of the hospital’s entire medical records archive and the ongoing scanning of patient information as new clinical notes are created, so-called ‘day forward’ scanning. In total, MISL expects to create some 300 million images.

Originally, the project was expected to take five years but new processes put in place by MISL, the hard work of staff and investment in more productive scanners have enabled MISL to slash the time needed to complete the project.

One of the most famous medical centres in the country, The Royal Free is a teaching hospital located in Hampstead, north London that each year treats around 68,000 in-patients and 500,000 out-patients. It offers world-class clinical expertise in kidney, liver and bone marrow transplants; breast and plastic surgery; and the treatment of tumors. It was the first hospital in the UK to carry out a liver transplant between a live adult donor and a patient and the first to introduce a PET scan for breast cancer.

Will Smart, The Royal Free’s chief information officer, says that digitisation will help the hospital be more efficient and improve patient care. “Digitising our medical records library is in line with the Government’s QIPP agenda, Jeremy Hunt’s challenge that Trusts should be paper-lite and, of course, our desire to keep improving patient care. Fast access to notes via computers delivers this and means our clinicians now have patient records right at their finger tips.”

To meet contractual requirements, MISL hired new staff, leased a new building dedicated to the project and bought new IT equipment – an investment totalling £500,000. This included the purchase of five Kodak i5600 and six Kodak i5800 production scanners, along with Kodak Capture Pro Network Edition imaging software.

Steven Clarke, MISL sales & marketing director, said: “So that we hit our agreed SLAs (service level agreements), minimised downtime, enhanced productivity and ensured we met BS100081 rules, we upgraded to the latest Kodak scanners. Dealing with medical records is not like scanning invoices or bank statements. You’re potentially playing with someone’s life if there isn’t the level of quality in the images scanned. It’s very easy to forget this, which is why we wanted the best equipment to do the job.”

MISL agreed various SLAs with The Royal Free depending on the record type. For archive scanning, it had a five-day turnaround from collection to image upload; two days for day forward scanning; and two hours for Accident & Emergency records on receipt of files at the off-site MISL bureau.

Once scanned, images – more than 500,000 a day – are securely  transmitted via leased line to The Royal Free’s Open Text electronic document and records management (EDRM) system, from where they can be accessed by all clinicians at point of care.

In the case of The Royal Free’s 600-plus transplant patients, all scanning is done on-site using a Kodak i5600 scanner.

Given the importance and urgency of much of the material being scanned, image quality and reliability are essential. Kodak Alaris scanners and Kodak Capture Pro imaging software excel in both areas, ensuring that MISL continues to meet its 0.01% image failure target rate.

For MISL operations director Francesca Foy, service and support is another area in which Kodak Alaris scores highly. “In tandem with image quality, service and support was crucial to the whole project and another reason why Kodak Alaris was selected. Their service is second to none, as we just couldn’t afford to have down-time,” she said. Further reassurance is provided by robust disaster recovery plans put in place by MISL to ensure business continuity.

Use of Kodak i5600 and i5800 production scanners capable of processing 170 and 210 pages per minute respectively, with no daily volume limits, has resulted in a 20% improvement in operator productivity compared to previous equipment deployed at the bureau.

This, says Clarke, has delivered real benefits. “We’ve been working to tight margins, so the 20% gain means we’ve hired 70 staff to service The Royal Free account, not 84 – that’s a saving straight to our bottom line,” he explained.