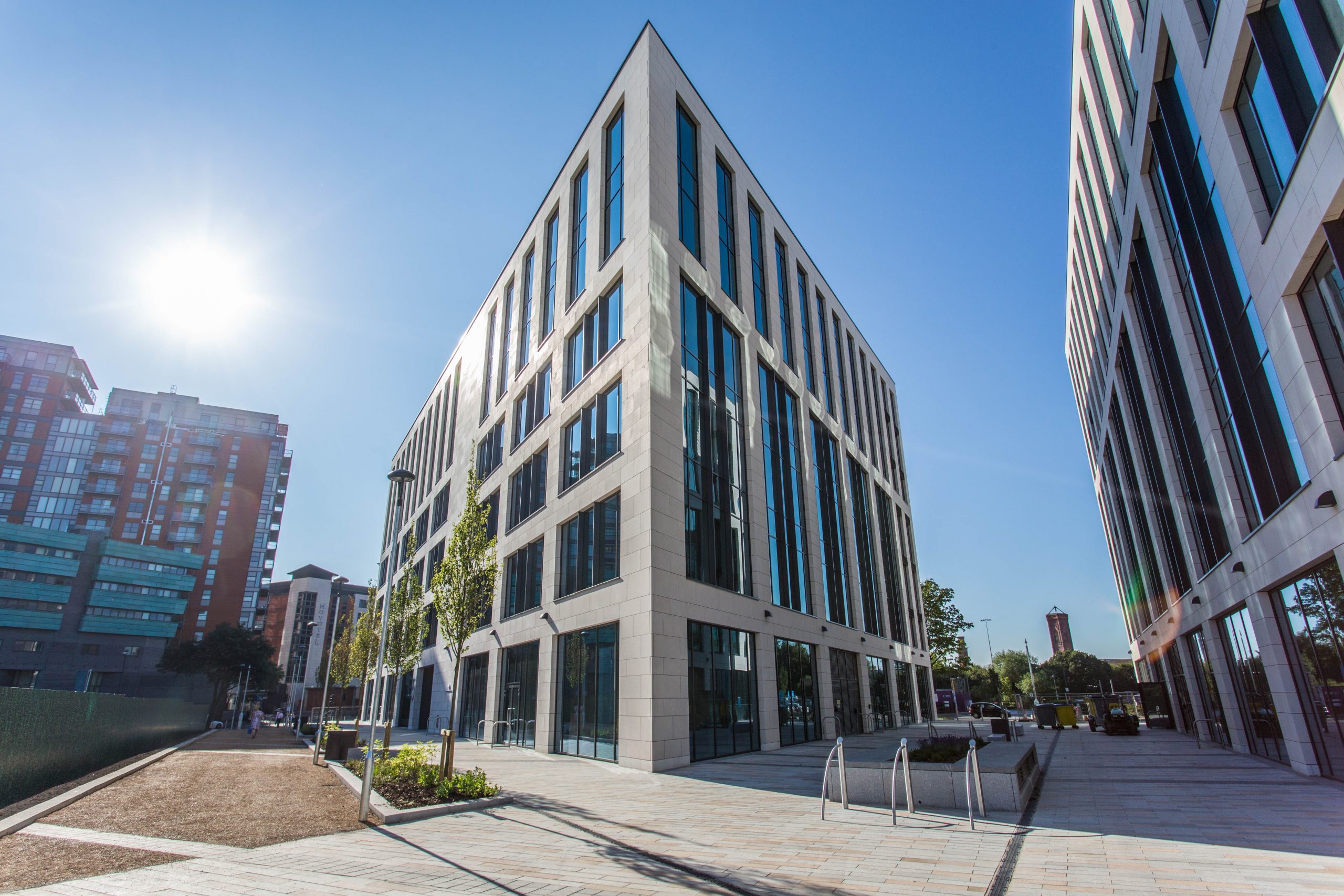 Ward Hadaway, one of the North of England’s largest law firms, has cut the amount of time IT staff spend on data management by 95%, reduced its data centre footprint by 80% and achieved 50% faster backups after implementing a managed backup service from Assured Data Protection.

Established in 1988, Ward Hadaway is one of the largest full-service law firms in the North of England, with 93 partners, almost 500 staff and offices in Newcastle, Leeds and Manchester.

Like any modern law firm, it relies on IT to provide its regional, national and international clients with a high quality, consistent service, underpinned by accreditations with Investors in People, ISO9001, ISO27001, Cyber Essentials and Cyber Essentials Plus.

Ward Hadaway’s 11-person IT team, covering Facilities, Infrastructure, Projects, Applications, Training and Service Desk, is responsible for implementing the four main objectives of the company’s IT strategy – to improve IT infrastructure; to increase efficiency; to maintain and improve security and compliance; and cloud migration.

The latter is a gradual, on-going process, as Director of IT and Facilities Jonny Smith explains: “We currently and historically have always relied on on-premise infrastructure. However, we are very aware that cloud services are becoming more and more popular, cost-effective and easy to manage. We have taken the approach to look at each service on its own merits and at the right time move that service to a cloud-based infrastructure.

“We have a cloud-hosted IT Service Desk and cloud-hosted HR and Payroll system and will initially be focussing on adopting Microsoft 365 technology for Teams, Exchange, SharePoint and desktop applications, before reviewing cloud services offered by more traditional legal vendors, such as practice management and document management.”

For the time being, Ward Hadaway has approximately 150 servers, of which 98% are VMs and the remaining 2% are physical. Together, they store 25 to 30TB of data.

Backing up this data effectively is essential for a legal firm that takes pride in its professionalism and compliance with data security regulations and accreditations. To this end, it recently implemented a new backup and DR solution from Assured Data Protection (ADP).

Previously, Ward Hadaway had an in-house solution with replication to another site that had become expensive and time-consuming to manage, unreliable and no longer fit for purpose, as Rob Mackle, Managing Director EMEA/APAC at Assured Data Protection explains.

“Like a lot of companies, Ward Hadaway have a production site and a DR site, and often the DR site is not the same spec and doesn’t have the same horsepower and compute as the production site, so if you do invoke DR, or even try to run a DR test, you won’t have enough power and performance to do it. Even if you do get your systems back, you can’t run your entire environment, so it is a flawed platform. To do it properly is extremely expensive, not just the hosting and the power and the connectivity and the manpower but also the hardware, the licensing et cetera. It is expensive to have your own dedicated DR platform.”

For Iain Richardson, Infrastructure Manager at Ward Hadaway, the shortcomings of the old system were placing a big burden on the Infrastructure team and raising concerns about the viability of the backups and the speed and effectiveness of replication.

“We replicated to an offsite data centre, to VMWare hosts that had been repurposed from the previous main infrastructure refresh, which meant lower specification hosts on very old hardware. This meant that replications were slow and backup failures were common. Snapshot stun (where back-ups can cause a freeze or a stun on the production environment) meant that replications affected our production server performance, so replications could only be run out of hours alongside the backups. This increased the amount of failures, due to jobs occasionally clashing.

“All of the above meant that meeting the firm’s RTO/RPO became increasingly difficult. The older, lower specification hardware also meant that these systems would perform significantly worse than the live infrastructure if we had to fall back to them.”

Ward Hadaway considered a variety of alternative backup and DR solutions, before settling on a combination of Rubrik technology and an ADP managed service for backup, backup archiving, DR and replication.

ADP’s Rob Mackle points out that as well as being more efficient, this new solution has removed the burden of managing DR tests from Ward Hadaway’s IT team and given them the confidence that they can recovertheir data in its entirety should they ever need to do so.

“Ward Hadaway has three different locations – Newcastle, where the majority of their data resides, Leeds and Manchester. We have given them a Rubrik cluster on premise, which backs up everything locally inside their network, encrypts it, compresses it and, most importantly, stores it on an immutable platform. We then send that data across the internet, incrementally, to the Rubrik cluster in our primary UK data centre.

“Because we have that data sitting in our data centre, we can recover it very, very quickly. We do an annual DR test for Ward Hadaway, where we recover everything in a known and logical manner. We run what we call a run book; we understand what needs to come back first and, essentially, we script it; we automate the recovery of DR where possible to make it quicker and to remove human intervention. We do all that as a service, so Ward Hadaway don’t have to worry about doing the DR test themselves. We do it for them, give them secure access, then they test it. That’s what companies like them really like, because they don’t have the time or necessarily the skills to do it themselves.”

Mackle adds that by wrapping a fully managed service around the Rubrik backup and data protection solution, ADP enables Ward Hadaway to get maximum benefit from the technology.

“We do things like monitoring the backups 24/7. If we see a problem, we will report it, tell the customer and then fix it with them or for them, depending on their preference. We want customer backups to be 100% successful every day. In reality, backups fail, normally not because of the backup software but because of the customer’s environment. Things happen, passwords change, networks go down. The most important thing is seeing it, responding to it, fixing it and showing we have a clean copy of the customer’s backups.”

Ward Hadaway’s Iain Richardson is delighted with the results so far, which include 50% quicker backups; an 80% smaller data centre footprint, from reductions in hardware, storage, connectivity etc.; and a 95% reduction in management time.

“Our IT Team management time has been reduced immeasurably; our Snapshot stun has all but disappeared; SQL log backups are replicated offsite numerous times per day, including production hours; backup jobs finish comfortably in their window; RTO and RPO can now be accurately determined; a single file restore has been reduced from 30 mins to 30 seconds, which sounds like a minor thing but has resulted in huge time savings; Forever Incremental Jobs mean that once an initial job has been completed all further jobs just copy changes, again a huge time saver – I could go on!”

He adds: “We are so happy with our backup and DR strategy with Assured. The combined saving on data management time, backup speeds and reduction on our data centre footprint has been beyond what we expected. So, our plan for the future is just to continue with what we’re doing!”