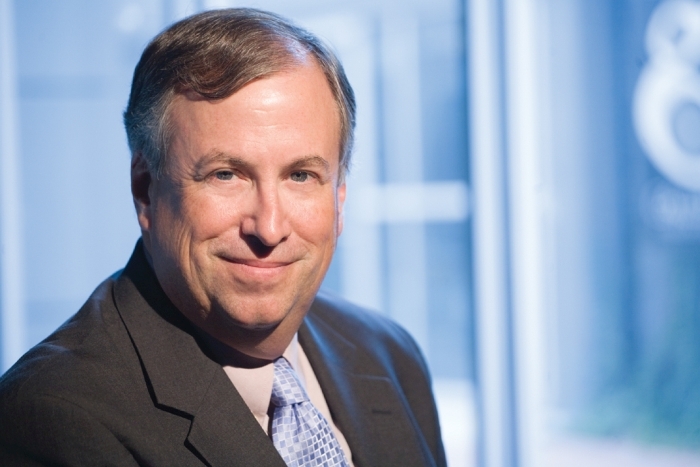 Going through the phases

The new era of enterprise content management, as outlined at the Fujitsu Information Capture Conference (ICC)

Held every two years, the Fujitsu Information Capture Conference (ICC) is an important event for the scanner manufacturer’s reseller and partner community. Over two days in September, Fujitsu welcomed more than 500 people to this year’s ICC, which took place in Waterloo, London. As well as highlighting new solutions, the event gave delegates an insight into key trends in content management.

Jo Caudron, founder of Duval Union Consulting, set the scene by explaining how we are entering the third wave of digital disruption. Unlike the first wave in 1995, which transformed the music, video and photography sectors, and the second wave in 2005, which impacted print media, TV, travel and HR sectors, Caudron warned that the third wave was touching every industry.

He said evidence of this transformation can be seen in changing ‘business touchpoints’ e.g. the transition from meeting room to conference room to virtual reality; from paper storage to digital storage to the cloud; from paper to PDF to real-time smart data; and from the office to home office to new ways of working.

Caudron pointed out that the rate of change was deceptive. Because businesses are adopting digitisation at different rates, a supplier could convince themselves that it was possible to carry on as normal losing only a few customers each year. To them, he put the question ‘what percentage of customers can you afford to lose year after year?’.

He added that the need to support customers at every point along the digital adoption curve means that businesses must master the old world and the new.

John Mancini, chief evangelist of AIIM, makes the same point in the context of electronic content management. He argued that because successive stages in the evolution of document and content management don’t replace what has gone before but are layered on top, organisations will have to connect the dots between traditional ECM systems and new, third wave mobile solutions.

In his keynote presentation, Mancini identified the three distinct phases of content management that have emerged over the last 35 years:

Phase One: Document Management and Workflow – the automation, mainly by Fortune 500-type organisations, of complicated, mission-critical processes, such as insurance policy admin and cheque management. These solutions were expensive, complex and highly customised. There were no standards and people had to undertake week-long training courses to use them.

Phase Two: Electronic Content Management (ECM) – by 2000 document management had morphed into ECM. This was promoted as an enterprise layer, but in reality it was still driven by business departments, resulting in knowledge silos. ECM had started to spread down into mid-sized businesses, but it was still mainly a big company game.

Phase Three: Mobility & the Cloud – in the late 2000s things started to change, as first Sharepoint (2007) and then enterprise ‘sync and share’ offerings like Box upset industry price points and precipitated the shift from ECM specialists to knowledge workers. There was a fundamental change in how solutions were adopted, but usability and mobility were still a problem. Phase Three, dominated by mobile and cloud, has changed all this.

Explaining the key differences between legacy ECM systems and Phase Three ECM systems, Mancini said: “Legacy ECM systems are all about technology; modern ones are all about applications. Legacy ECM was mostly a large company thing; now it’s relevant to just about any size of company. In the legacy era, usability and mobility were an afterthought; now they are core. In legacy land we said ‘someday’ about the cloud; today people want the cloud now. We went from an environment where IT was buying technology to one in which businesses are buying applications (Gartner says that by 2020 80% of the IT spend will be by the business rather than IT). We’ve gone from a legacy world of costly, very complex integrations to one in which people want to configure not customise. And, lastly, the focus has gone from 24-36 month projects that set out to change everything to modest, application-specific improvements that can be scaled and extended throughout an organisation.”

Not everything is perfect. Mancini points out that businesses are frustrated by the security implications of greater mobility and the blurring of lines between home and office; and that there is a massive legacy drag – the gap between what people have and what they want to become.

Mancini says that organisations need to do three things to overcome this drag:

1. Get paper out of their organisation. “Of the end users we have questioned, 72% agree that ‘business at the speed of paper’ will be unacceptable in a few years’ time. I think that time has already come and gone”, he said

2. Understand that digitalisation is different to digitisation. “When we talk to people about how they are using digital capture, you still get a scan-to-archive type of game. We’ve been in scan-to-process now for 10 years. Organisations must figure out that this is not just about digitising paper and sticking it in an archive; this is about how you digitalise a business – how you take capture and move it from document capture to information capture.”

3. Sort out back-end processes. “Back-end business processes are still a mess. Businesses could get away with it in an earlier era when their processes weren’t exposed to customers and suppliers as directly as they are now. But when an organisation opens up and walls become more transparent, back office processes have to run efficiently,” said Mancini.