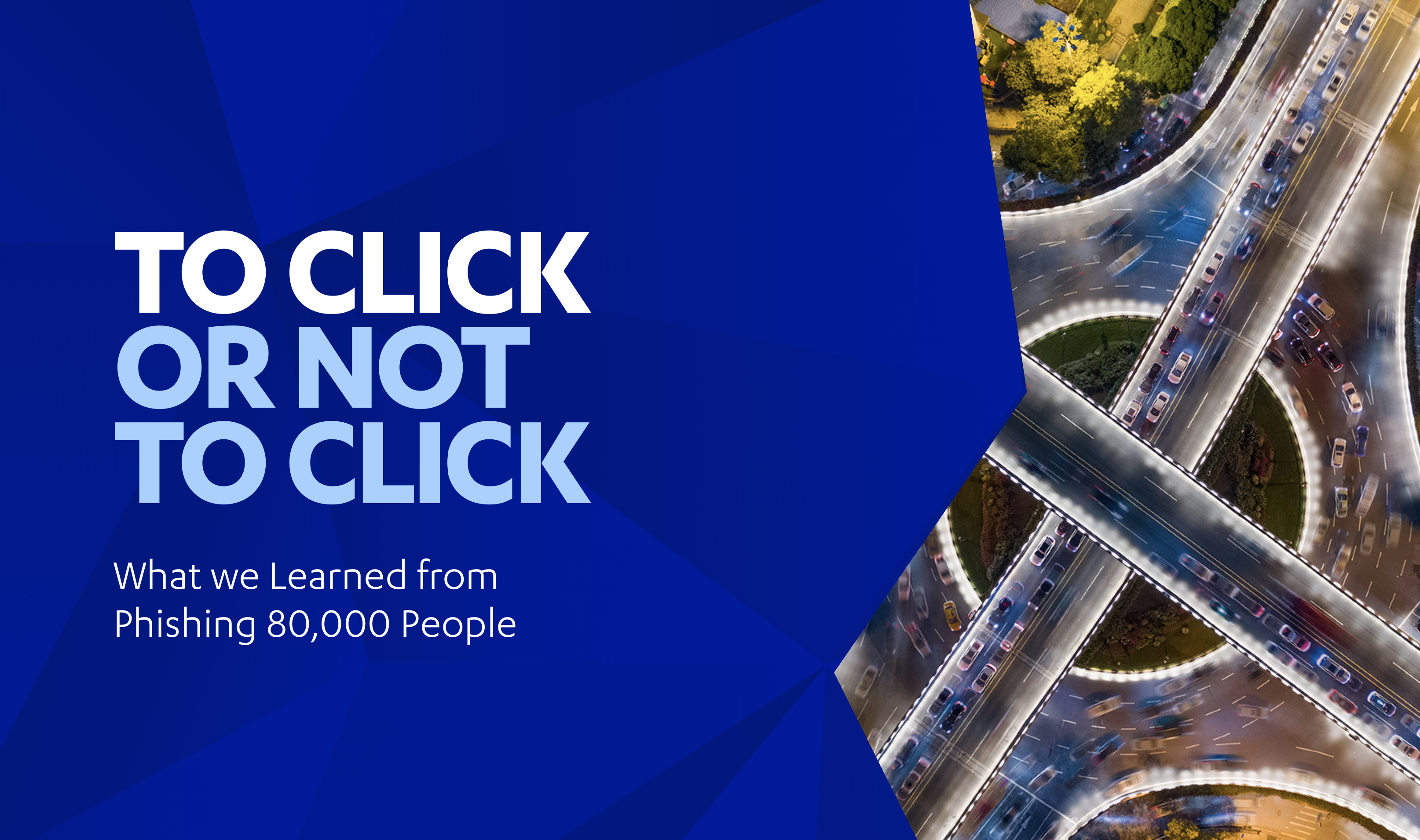 Fast reporting and response critical to fight phishing 1 in 5 employees fell victim to HR-themed emails in phishing study that involved over 80,000 participants.

Phishing emails that mimic HR announcements or ask for assistance with invoicing get the most clicks from recipients, according to a new study from cyber security provider F-Secure.

The study, To Click or Not to Click: What we Learned from Phishing 80,000 People, which included 82,402 participants, tested how employees from four different organizations responded to emails that simulated one of four commonly used phishing tactics.

22% of recipients that received an email simulating a human resources announcement about vacation time clicked, making emails that mimic those sent by HR the most frequent source of clicks in the study.

An email asking the recipient to help with an invoice (referred to as CEO Fraud in the report) was the second most frequently engaged with email type, receiving clicks from 16% of recipients.

Document Share (notifications from a document hosting service) and Service Issue Notification (messages from an online service) emails received clicks from 7% and 6% of recipients, making them the least frequently clicked emails in the study.

However, according to Matthew Connor, F-Secure Service Delivery Manager and lead author of the report, the study’s most notable finding was that people working in ‘technical’ roles seemed equally or even more susceptible to phishing attempts than the general population.

“The privileged access that technical personnel have to an organization’s infrastructure can lead to them being actively targeted by adversaries, so advanced or even average susceptibility to phishing is a concern,” Connor explained. “Post-study surveys found that these personnel were more aware of previous phishing attempts than others, so we know this is a real threat. The fact that they click as often or more often than others, even with their level of awareness, highlights a significant challenge in the fight against phishing.”

The value of a fast, easy-to-use reporting process was also highlighted in the report. In the first minute after the test emails arrived in inboxes, over three times the number of people who reported it as suspicious had clicked. This number levelled out at around five minutes and stayed consistent after that.

According to F-Secure Director of Consulting Riaan Naude, the patterns in report and click rates identified by the study highlights a practical opportunity for organizations to mobilize employees in a collective effort to protect themselves against phishing.

“The evidence in the study clearly points to fast, painless reporting processes as common ground where security personnel and other teams can work together to improve an organization’s resilience against phishing. Getting this right means that an attack can be detected and prevented earlier, as security teams may only have a few precious minutes to mitigate a potential compromise,” said Naude.

More information on solutions that help organizations address phishing and other security challenges is available athttps://www.f-secure.com/business.

About F-Secure
Nobody has better visibility into real-life cyber attacks than F-Secure. We’re closing the gap between detection and response, utilizing hundreds of our industry’s best technical consultants, millions of devices running our award-winning software, and ceaseless innovations in artificial intelligence. Top banks and enterprises trust our commitment to beating the world’s most potent threats. Together with our network of the top channel partners and over 200 service providers, we’re on a mission to make sure everyone has the enterprise-grade cyber security we all need.

Founded in 1988, F-Secure is listed on the NASDAQ OMX Helsinki Ltd.