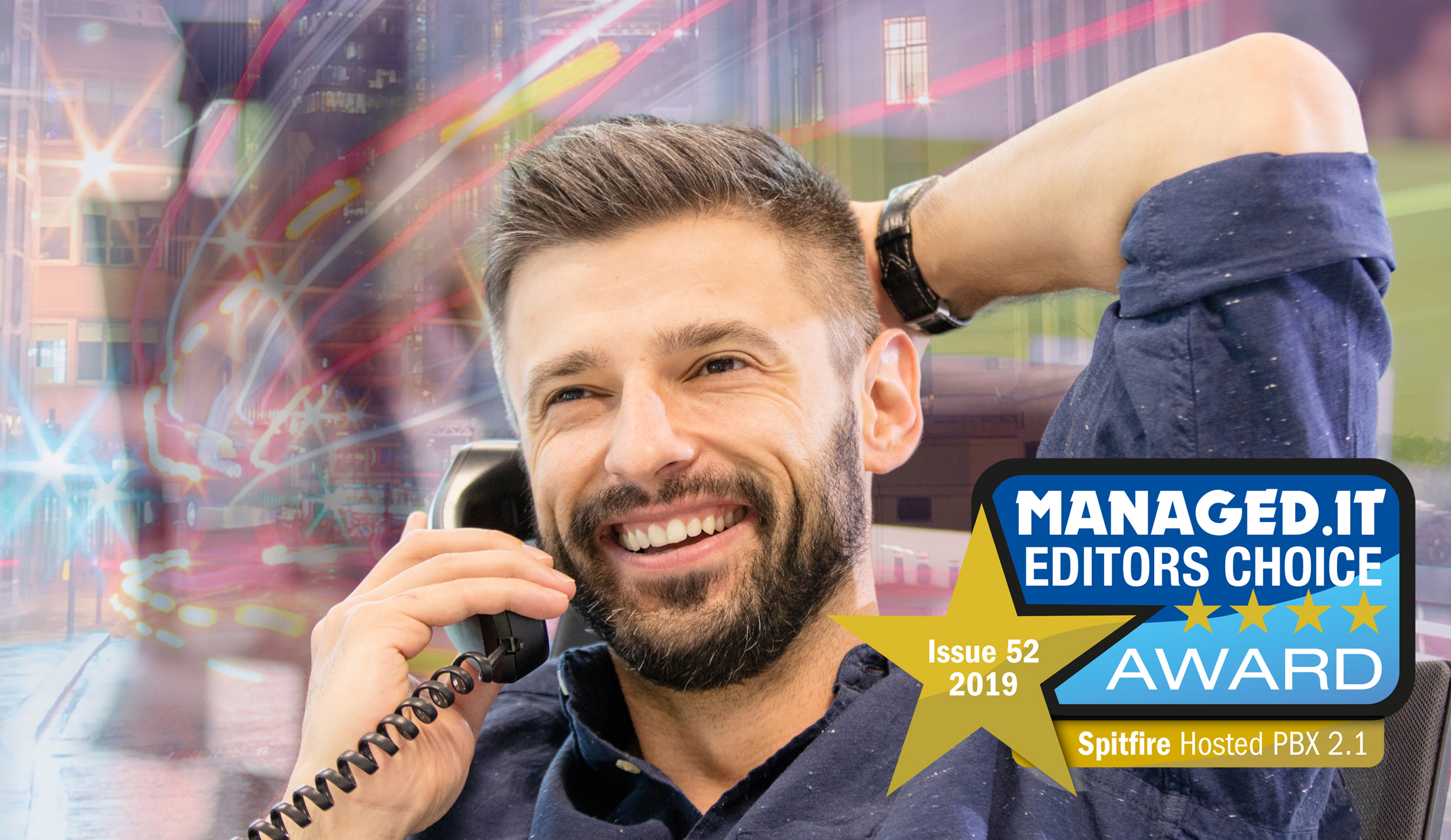 Spitfire’s new cloud hosted telephony solution gives small and medium-sized businesses all the telephone features they need for just £6 per extension, per month, with free set-up and no up-front costs

Spitfire is opening a new chapter in its history with the launch of a cloud hosted telephony solution developed in-house by the company’s engineers and software development teams using open source code. In engineering the system, Spitfire has drawn on over 30 years’ experience in telecommunications and listened to feedback from customers about the features and functionality that are really important to them.

To date, the company has had considerable success with the award-winning SIP Communicator™, which remains an important part of their portfolio and continues to be sold where it is the most appropriate product for a customer. Spitfire also continues to offer the 3CX phone system in hosted and on-premise versions.

a full set of features out of the box (see panel);

softphones and smartphone apps for full integration of mobile devices; and

an online portal for easy system management (for those who prefer to do this themselves).

There are two main elements to Spitfire Hosted PBX 2.1: the system itself, which is hosted on servers in one of Spitfire’s secure core network nodes, with full power and back-up redundancy; and endpoints on the customer’s premises, including a router that connects to the hosted PBX using Spitfire voice-approved broadband or converged voice and data Ethernet circuits and a choice of auto-provisioning Yealink handsets.

The solution is offered at the very competitive price of just £6 per extension, per month, with free set-up for contracts of 12 months and no upfront costs. Even when you add in the cost of handset rental, Spitfire Hosted PBX 2.1 costs just £9 to £11 per extension, depending on phone model.

The fact that Spitfire charges by extension rather than by device, as some suppliers do, makes this an economical option for agile, flexible businesses, as it allows users to associate more than one phone with their extension. This could be their office phone, a cordless DECT phone (as a second office phone), a home office phone, a softphone on a notebook computer, an app on a smartphone, or all the above. As long as they are linked to the same extension, no additional subscription is required. A customer charged by device would have to pay another subscription for each additional device.

The ability to be aggressive on pricing is just one of the benefits Spitfire has gained from developing the system itself, along with complete control over features, the administrator interface and the user interface.

Dominic Norton, Engineering Solutions Director at Spitfire, says that gaining control over product development was one of the main reasons Spitfire chose to design its own system.

“Some of these features are pretty high end. There’s a really good conference bridge; there’s call queuing; voicemail to email; mobile twinning; auto attendant. Everything most small businesses could ever want – and all as standard for £6 a month, with free set up and auto-provisioning of handsets so customers don’t have to spend time programming them manually.”

There are still features not yet offered or supported by Spitfire Hosted PBX 2.1, such as WebRTC. However, these are likely to be offered in future upgrades, which, because it is a hosted system, subscribers will benefit from automatically.

Indeed, having control over the timing and choice of feature upgrades was a major factor in Spitfire’s decision to develop its own hosted solution.

“When a system is not fully your own and people want different things, you sometimes have to start thinking about moving them to another system. What we are able to do with Spitfire Hosted PBX 2.1 is let customers grow with us on the same system,” explained Norton.

As things stand, he estimates that Spitfire Hosted PBX 2.1 meets the needs of 60-70% of customers looking for a phone system and he expects this proportion to increase as new features are added.

“In its current format, it covers a large percentage of customer requirements, and that is only going to grow as we add more things to it. Video conferencing is not yet something we deploy as a feature on the system, so if a customer has a need for it we will sell them 3CX, which does webRTC. But we will come to video conferencing at some point,” he said.

Two areas of the new system that Spitfire has devoted a great deal of attention to are the user interface and the administrator console, both of which have been designed with simplicity and ease of use in mind.

Based on feedback from its own employees, Norton is confident that it has created a solution that provides the intuitive ease of use demanded by a new generation of office workers that doesn’t want to spend time working out how to use a phone system.

“Spitfire moved over to the new system in March and people say they find it much easier to use. They really appreciate things like the ability to assign names to buttons on the phone, so you don’t have to dial by extension number, and the alphanumeric keypad, which dynamically presents names from an address book as you type, just like on a mobile. With our old system, you had to scroll down a list to find the person you wanted to call. We have tried to translate that mobile experience to make it easy to use,” he said.

This extends to the administrator console, which is laid out very logically and through which customers can easily control all aspects of the system, should they wish to do so, with support from Spitfire when required. A fully managed service, at no additional charge, is available for customers that prefer Spitfire or one of its resellers to handle day-to-day system management.

“With some traditional solutions you pay to go on a special course, but we have made this as easy to self-manage as possible,” explained Norton. “Phones are sent out fully configured, but after that the user can log on and make adds, moves and changes without having to call up their supplier or change the features on the buttons. They can do things like change who’s in a ring group and the order of answering phones; configure the auto attendant feature; create call centre groups; set up call flows to route calls to different destinations depending on the time of day or day of week; view call statistics down to an individual user level – all via easy to use drop-down menus.”

Because administrators can provide different levels of access, they can enable end users to do things like set up call diverts to a home number/mobile phone or log-on at someone else’s extension but restrict access to more advanced settings and capabilities.

Another important design requirement was reliability and security, which is why only Yealink phones are being supplied with the solution.

“When we launch a phone system, it’s really important that everything works and is rock solid from end-to-end, and the easiest way to achieve this is to sell it with the Yealink series of handsets, which are fully tested and which we use with all the other phone systems we do.  If we supply everything from day one, we know we have full control over it,” explained Norton.

“The other key thing from a reliability perspective is the way we have deployed it on the core network. We have inherent reliability on the virtual server infrastructure we have built and, as a SIP provider, we have built reliability and resilience into our SIP network nodes as well. We have different back-up gateways in different geographic areas, so if something did fail in one of our network nodes it would auto failover to another – for inbound and outbound calls, which many vendors can’t do. That’s provided as standard in the phone system, without any additional cost.”

For small and medium-sized businesses, a cloud hosted telephony solution offers many advantages, from a high-end feature set to flexible deployment and no upfront costs. With Spitfire Hosted PBX 2.1, there has never been a better time to move your voice to the cloud.