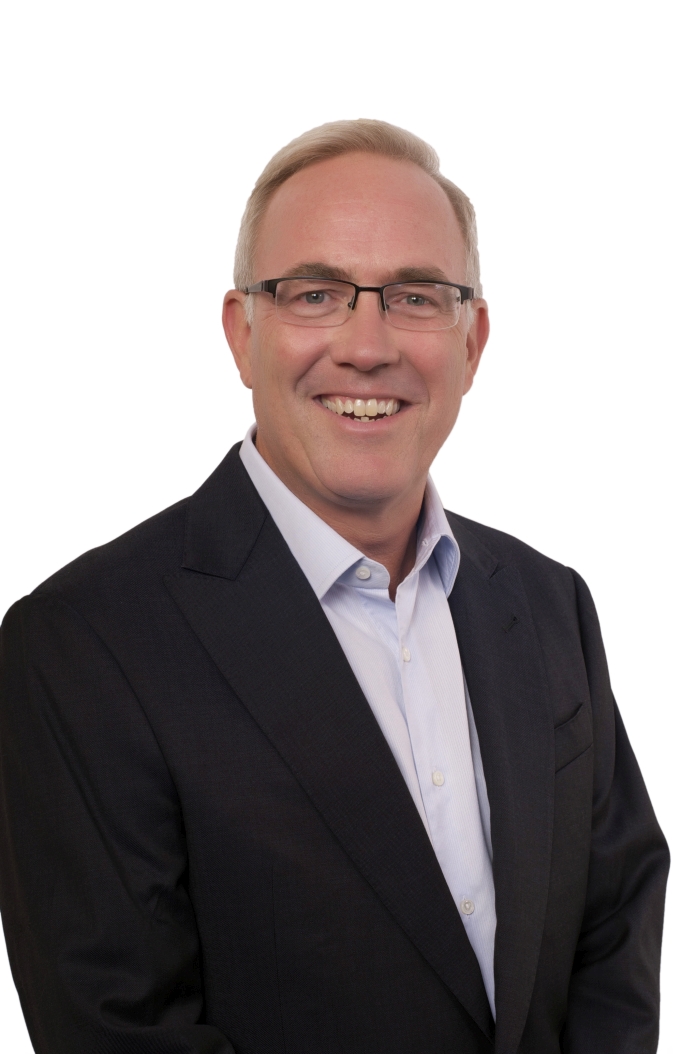 Blockchain is the technology everyone is talking about. But what is it exactly and why should businesses take note? Erik Johnsson, chief architect at Epicor Software, explains the basics

Most people associate blockchain with crypto currencies such as Bitcoin – it is what many are built on. However, blockchain is now being billed as a technology that will improve visibility, productivity and security for business. In fact, some go so far as to say that its system for record-keeping, transparency and verifcation could replace the role of trust in our society. So, what is blockchain and why is it important for business?

The first step towards understanding blockchain for business is to put aside any thought of cryptocurrencies.

Invented to support Bitcoin, blockchain is a digital version of a classic ledger book. However, this new digital ledger has the capability to record and, most importantly, secure many different kinds of transaction. Blockchains can also hold rules about what kinds of transaction to accept and execute more rules in order to interact with other blockchains to form ‘smart contracts’.

The most important and disruptive feature of blockchain is that it is a distributed ledger – multiple parties have a copy of the entire ledger. This means that many kinds of business transaction can be decentralised, eliminating the cost, complexity and time involved in using trusted intermediaries. Smart contracts provide new ways to automate complex, multi-party business transactions, which reduces costs and increases the velocity of business.

Blockchains are ideal for recording custody chains for goods, like fine art, to prevent forgeries. The same is true for commodities to ensure sustainability of farmed products or conflict-free sourcing of raw materials.

A global realisation has emerged that blockchains can bring new efficiencies to commerce and profoundly change how the world conducts business and interacts with Governments. Major IT providers like IBM, Microsoft and Infosys are collaborating with banks and other financial institutions in a race to develop commercial blockchain platforms. The advent of blockchain is fuelling a huge number of startup companies focused on specific industries and consumer applications, and Governments are considering how blockchain can make tax reporting easier while reducing fraud.

How blockchain works?
A blockchain is a ledger holding a list of transactions or events people want to track. What makes blockchains so appealing is that they are very secure and multiple parties can possess reliably synchronised copies. Blockchains are ‘append-only’ data structures, which means that entries can only be added at the end of the list. Once added, entries are immutable and cannot be changed or deleted without corrupting the chain. Each entry in a blockchain is digitally signed by whomever creates the entry, and the entire blockchain is also digitally signed to make tampering easily detectable.

Blockchains are a reliable and authoritative record of events, financial or otherwise. No single person or company controls access to the data because any participant can have their own copy. Transactions are guaranteed never to change and their source cannot be repudiated. A blockchain can consist of many replicas of the same data, which enables each party to have an up-to-date copy of the data. A new block appended to one replica is eventually copied to every other replica.

Along with financial transactions, blockchains can hold code that’s triggered automatically when new blocks are added to the chain. This practice is called a smart contract, because these code blocks are typically used to enforce rules or execute actions dictated by legal contracts. For example, a rule to release payment when, and only if, all goods ordered have been signed as delivered can be encoded into the blockchain rather than relying on a user to monitor the order and send payment. Smart contracts can also be used to propagate data from one blockchain to another (beyond any replicas), thus creating a business ecosystem automated and secured by a collection of blockchains.

Types of blockchain
Corroborating the accuracy of a blockchain without a central authority that bears responsibility (and also usually controls the single system of record) requires all replicas in the blockchain to formulate a consensus about which entries are valid or invalid. This is tricky to accomplish for widely distributed replicas and the consensus process can take a long time. This is one reason why there are two kinds of blockchains—unpermissioned and permissioned.

Permissioned blockchains typically have one or more owners and the consensus process can (optionally) be carried out by a smaller set of trusted agents – like Governments or banks. Only authorised parties can validate transactions, and access to transactions can be restricted to certain participants. Permissioned blockchains are very amenable to businesses because the consensus process is much faster and it’s easier to control who has access to sensitive data.

How ready are businesses for blockchain?

Businesses today are becoming more interdependent – not just for mission-critical tasks, but also for services or products that carry legal liability, for example food providers that need proof their suppliers are correctly processing ingredients. The maintenance and repair of critical machinery, like airplanes and surgical equipment, requires staff with provable certifications. Home mortgages are touched by a large number of entities that, to this day, do much of the work on paper forms.

When a problem occurs, for example an E. coli outbreak or a jet engine malfunction, it can take weeks for all parties to sort through their records to determine the root cause. Using a blockchain ledger provides a single, shared place where all constituents in a business chain record their actions. The record can be constantly checked by computers looking for problems – like a wrong part mistakenly installed during maintenance.

For manufacturers and distributors that ship across borders, simply delivering goods can generate dozens or hundreds of paper documents describing critical aspects of the process, like routes taken, customs declarations, insurance riders, hazardous material documentation, sourcing documents and certifications for carriers of special cargo. Digitising and electronically transmitting these documents is a commonplace practice. Critical shortcomings still remain, mainly stemming from Government demands for transparency and disclosure, along with greater complexity in business itself.

Today, each company participating in a global logistics process is likely to keep its own collection of documents and records relating to a given shipment. If any piece of documentation is amended or revoked by another party (or Government), it’s possible some participants won’t be notified and might wind up retaining outdated or even conflicting information. Some companies mitigate this problem by using a collaboration tool like Microsoft SharePoint as a centralised document repository. But access to that repository is often managed by one controlling entity who might not always protect everyone else’s interests. Centralised repositories are also expensive to maintain, subject to outages and cumbersome to audit.

Blockchain is a great advancement for an industry like global shipping because a reliable, shared ledger simplifies record keeping. For example, a manufacturer can write the bill of lading – a document issued by a carrier detailing a shipment of merchandise and giving title of that shipment to a specified party – and contract terms to their copy of the blockchain. Those entries are automatically replicated to copies of the blockchain held by the freight and insurance carriers. The insurance company will write their certification of coverage back to the blockchain, which triggers the carrier to schedule pickup and delivery. The carrier will copy the proof of delivery to the blockchain, indicating to both the manufacturer and the insurance company that the customer has taken final possession.

A blockchain for overseeing a shipping operation improves efficiency for all parties involved. Because each party has a copy of the blockchain that they can access locally, no one has to log in to anyone else’s system to enter data. Better yet, no one relies on emails to keep paperwork in order. When an event occurs, all parties are notified automatically. If a problem arises, everyone can review the same history, which helps avoid liability issues. The security of a properly administered blockchain helps prevent entries created by unauthorised users or even authorised users from secretly altering data or repudiating a transaction.

Is your business blockchain-ready?
Despite being in the news for several years as the technology driving Bitcoin, blockchain for commercial use is still very new. Much of the commercial uptake is still in the proof of concept (or startup) stage.

There are four key areas to consider when deciding if your business is ready for blockchain:

1 Are the standards good enough for your industry? Blockchain works as an application programming interface (API), which means standards need to be developed before there is widespread adoption. There are multiple groups working on these, including Hyperledger and the Etherium Alliance Framework. Gartner expects the industry to stabilise in 2018 with 75 commercial blockchain platforms before consolidating to about five platforms in 2019 (source: The Evolving Landscape of Blockchain Technology Platforms).

2.Is the technology robust enough yet? While blockchain is conceptually simple, the underlying technology encompasses some difficult technology challenges. This is especially true for the distributed capabilities of blockchain, which allow each party to have their own writeable copy of the same historical record. An entry written to one replica will eventually arrive at the other replicas, which then have to collaborate and decide if the new entry is valid. This can be harder than it sounds to facilitate.

3 Is blockchain secure enough? Whilst, in general, blockchain is considered a step forward for securing transactions, like most things in computing, security is not inherent. Blockchain uses public key encryption, hashing and digital signatures, and other mechanisms that are well known, but not always administered correctly. Missteps in securing a blockchain, or simple bugs in the platforms, can cause serious disruption. For example, on November 6, 2017, $280M in assets were accidentally (and temporarily) frozen in a blockchain managed by Parity Technologies due to a bug in the underlying platform.

4 Will I be compliant? As is often the case with new technologies, there are policy issues to be worked out. For example, if a blockchain is immutable, how can the ‘right to be forgotten’, a mandatory requirement in the EU’s General Data Protection Regulation (GDPR), be applied? There are also concerns that individuals making property transfers or declaring wills on a permissionless blockchain conflicts with how institutions manage public records. These anomalies still need to be ironed out.

A maturing platform
Ultimately, there is no doubt that blockchain is a disruptive technology that has the potential to transform industries. However, despite recent momentum, it is a technology that isn’t (yet) particularly easy to use for many businesses. The platforms are still maturing and like many other software platforms they are subject to bugs and operational errors. The potential risks of being a blockchain pioneer are higher than other technology adoption waves because blockchains typically apply to monetary transactions as well as transactions carrying fiduciary responsibilities.

However, blockchain technology is likely to be intrinsically embedded within business processes in years to come. Those businesses that have technology with flexible deployment options, and those with modern enterprise resource planning (ERP) solutions in place, will be in a better position to take advantage of blockchain technology and adapt faster.

So, is blockchain right for your business? Assuming you agree that it is a technology that can improve visibility, productivity and security for businesses, then maybe the answer is yes. Any technology that provides components needed to achieve business growth is worth paying attention to, in my view.

Is it right for your business in 2018? I’d have to say probably not. Blockchain, in some form, appears to be in everyone’s future, but for most that time has not yet come.