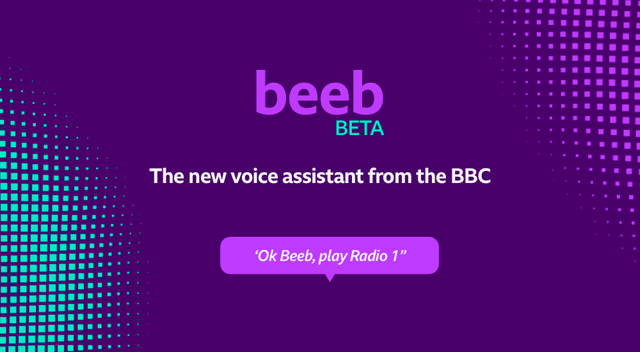 Beeb, how do you build the world’s first public service voice assistant? by Microsoft

Behind every voice assistant is a human being. Sometimes a whole lot of them.

Gary Waterhouse of the British Broadcasting Corporation (BBC) and Deb Adeogba and Krishnan Ranganathan of Microsoft are just some of the core people behind Beeb, the new voice assistant from the BBC. Originally a limited-release Beta tested by Windows Insiders, Beeb became available Beta-GA in November in the MS Store.

As audience numbers has shown, keeping up with the news is more vital than ever. The BBC wanted to build a voice assistant dedicated to providing the UK public with unfettered access to its unique library of content, programmes and services. One-in-five adults has a smart speaker in their home and a voice-activated device in their pocket, so having a trusted helper to fetch news and information is a must. While a simple command (“OK Beeb, update me”) will deliver the latest news, Beeb can also fetch specific radio programmes and podcasts, and offer weather updates. The assistant’s talents are not restricted to news and information, however, as Beeb can tell a joke and even rap.

THE GARDENER, THE GAMER, THE GO-GETTER

In normal times, getting the world’s first public service voice assistant to this stage would take months of collaboration, lots of paperwork and not a small amount of beer. But these are not normal times.

Remote work was always a hallmark of the partnership among Waterhouse, Adeogba and Ranganathan.

Waterhouse worked on the commercial side of the BBC (BBC Worldwide and Corporate Systems Portfolio) for nearly five years but, hankering for a new challenge, headed over to the public service arm as soon as he heard about the opportunity on the Voice and AI team.

Adeogba was also new to her role when they met. She had worked in broadcast journalism in markets small and large for 20 years before she jumped at the opportunity to work on innovations with the Microsoft News Labs team. Developing a helper for Auntie – as the BBC is sometimes called – was her first major project at Microsoft. “Every moment was a learning moment,” she recalls.

Fortunately, her counterpart has been Ranganathan, a senior director in Azure cognitive services, who has worked across several continents – from India to the UK, from the Philippines to Washington – before ending up in Microsoft HQ in Washington for 15 years.

To look at the three of them, though, you might not think they have much in common. “I don’t really have many hobbies, but I do enjoy gardening and doing country walks,” Waterhouse says. He’s also a big sports fan, from snooker to football. “I can be classified as a frustrated West Ham United supporter.”

A daughter of a systems engineer and a self-confessed nerd, Adeogba plays Xbox regularly, operates a ham radio and tumbles rocks – all hobbies that the mother-of-two admits make her sound like a 70-year-old.

Not surprising for a world traveller, Ranganathan is an avid photographer and hiker who believes that being in nature has a positive impact on people’s hearts, minds and bodies. Understandably, the pandemic has curtailed his outings, although he says: “I am looking forward to my backpacking trip on the Wonderland Trail at Mt. Rainier, next summer.” Meanwhile, being homebound has just encouraged his passion for automating every nook and cranny of his living quarters. “I have got my house [so] automated that I need a separate IT team to maintain,” he confesses.

From their first meet in December 2018, they communicated almost daily through emails, chats and calls across the time zones. The three share a passion for technology and public service, as well as a strong work style and ethic.

“I try to really listen to what my teammates and customers are saying and empathise with them,” Adeogba says. “I also like to get to know the people I’m working with to really understand the way they think.”

“I drive impact-oriented collaboration that seeks diverse perspectives and ideas,” Ranganathan says. “This is about each of us having broader impact, beyond our individual results, in making a difference for the consumer.”

“I work collaboratively and I like to build strong working relationships,” Waterhouse explains. “I aim to be supportive to my colleagues.”

While his colleagues may be under a different boss and entirely separate taxation system, they’re invested in a bold ambitious vision for what Beeb can do.

Naturally, every work relationship has its dramas. Some may be hard to explain to an outsider – which actually can strengthen the bond even more – but most people might appreciate the agony of hammering away at a contract the week before Christmas. It’s easy to talk big ideas in a conference call, but getting things done takes intense hands-on collaboration, tracking, identifying priorities, understanding mutual goals and making sure you have the right people on the team. “The key to working through blockers is getting the right people involved and pinpointing what the actual blocker is,” Adeogba says.

And as anyone working through the pandemic has grasped, having the opportunity for a face-to-face can accelerate working through those last outstanding issues. “A BBC team travelled to Redmond (Microsoft headquarters) for the final push,” Waterhouse recalls. Thanks to a solid relationship, common mission and faith in one another that they helped to build, Beeb was a go. “Everyone pulled together in a collaborative way and so much was achieved in such a relatively short space of time.”

Scheduling in off-hours camaraderie also helped: Although it may be hard to imagine in this particular moment in history, the BBC and Microsoft teams did manage a few overseas visits packed with meetings, pubs (in London) and bowling (in Washington). “I was truly awful at bowling [but] it was a great evening,” Waterhouse recalls.

But even without beer and bowling, the dream team does know how to get down to business. Today, their conversations continue through Teams video conferencing calls. Weekly meeting notes are captured on OneNote. Action items and milestones meticulously tracked.

And here, Waterhouse admits a guilty pleasure. “I am a planner,” he says. “I love MS Project, which is a bit sad.”

But that’s OK, when you’re working side by side with a ham radio operator and a smart-home techie. And a digital assistant who can deliver a punchline.