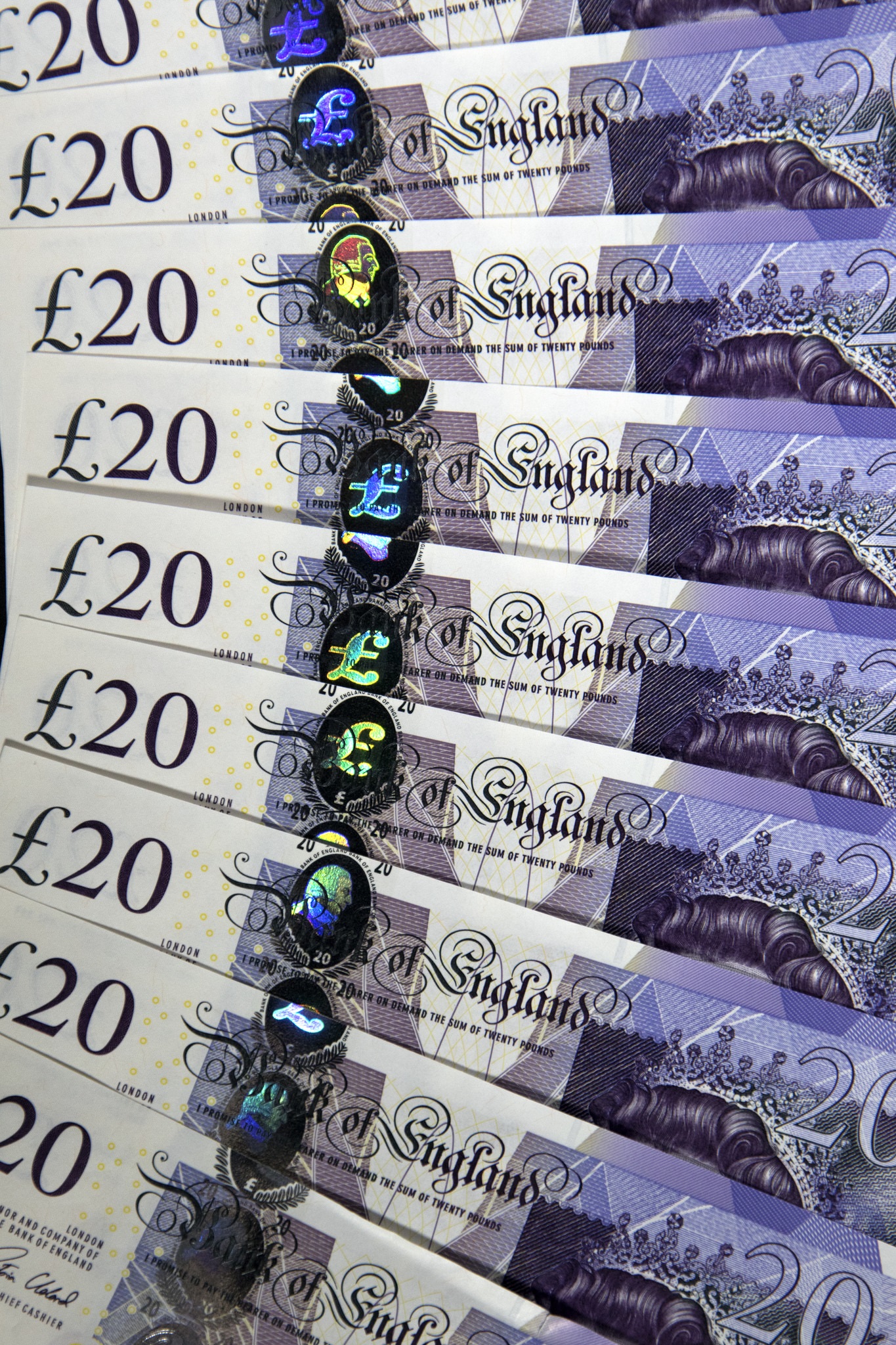 The arrival in the UK of Google Android Pay and Samsung Pay is predicted to accelerate the switch from cash to cashless payments, already given a big boost by the introduction of contactless payments. Is the decline of cash terminal, as some would suggest, or are reports of its death greatly exaggerated?

In the following extracts from a new report, The Digital Revolution: The Future of Cash, The Cambridge Security Initiative (CSI) argues that despite the alternatives, cash is still king. It points out that in stark contrast to the growing cyber security threat to digital currencies, banknotes benefit from sophisticated printing techniques that are continually being developed to thwart counterfeiters.

Money has proved to be one of the most inflential innovations humans have ever created, and its success lies in its continued use for thousands of years. Money arose to improve th

e process of barter and, in the early days, included everything from cowrie shells and stone disks to shiny gold stones, all of which were used for trading.

Recently, the biggest near-term threat to cash appears to be from electronic payments, including systems based on cell phones and mobile wallets. We now have Google Wallets, Verizon and AT & T, T-Mobile and others. This move to digital, electronic and cyber is self evidently based on strong commercial inflences, market monitoring, functionality and global interconnectedness. However, the process does not adequately take account of potential weaknesses, security issues and unintended consequences produced by this digital revolution.

Recently, in the UK, the Payment Council announced the phasing out of cheques in 2019. This 350 year-old payment system, the use of which has signifiantly declined in the last couple of decades, has been replaced in part by credit and debit cards and other types of electronic transfer and currency. David Birch from the Digital Money Forum, using Bank of England statistics, suggests that cash payments represent 4% of all payments in Britain by value, although signifiantly they still represent over half the number of transactions because of the huge number of smaller payments made using printed and minted cash.

Extract from Chapter 5: The importance and security of money

Money is a symbol of success. It represents the fruits of our aspirations, work and productivity and is part of our social standing. The identity money gives us cannot be digitised. The tangibility of cash is important not just as a symbol of the reality of money but as part of its role as a household budgeting tool.

The 2012 fourth edition of the Agis Future of Cash study shows that the Great Recession, which began in 2008, increased global cash demand and use, as consumers attempted to shore up their savings and regain control over their budgets. With this in mind, it is essential for governments to maintain control of printed cash and continue to improve its quality and security. This is a key aspect of the government toolbox and is needed to control the national economy and security. It is also worth recalling the role which circulating cash played in the recent Greek economic crisis; in this case, cash was one of the few means of commercial functionality when others were not working properly.

Another factor propelling the continued use of cash has been the extension in the life of banknotes. This has been achieved by the use of new materials, such as polymer; in 1988 Australia introduced the fist polymer notes. Subsequently, spinoff advantages were found, for example in preventing counterfeiting. Polymer banknotes, which can survive a hot 90-degree washingmachine cycle are, according to the Bank of England, scheduled to replace the cotton paper £5 and £10 notes within the next few years. It is anticipated that these will last more than twice as long as existing notes, stay cleaner (they are resistant to dirt and moisture) and are almost impossible to tear. Today, a typical £5 note lasts for two years. Polymer notes could last for around six years.

Ever since the invention of paper money, counterfeiters have attempted to create fake notes. Some of their modern handiwork, created with high-tech inks, papers and printing presses, make them diffiult, in the fist instance, to distinguish from the real thing. National banks combat counterfeiters with diffiult-to-copy watermarks, holograms, forensic features and other sophisticated measures, which are being constantly improved by the banknote industry, including security printers such as Crane & Co, Giesecke & Devrient, De La Rue, SICPA and Orell Fussli.

In its continuing efforts to stop counterfeiting the United States Federal Reserve recently released a new design for the $100 bill using a colour palette. This new bill has behind it a decade of security advances, anti-counterfeiting measures, such as holograms, raised printing and ink-based artefacts that appear to move and change colour depending on the viewing angle. Despite these sophisticated security features, currency forgers have a big fiancial incentive to manufacture convincing fakes. In these circumstances the banknote industry is constantly looking at new ways to keep ahead. Some of these ideas are coming from the computing world, where experts have long looked to quantum mechanics to make unbreakable encryption.

At the moment, a number of concepts such as ‘quantum money’ are being researched. The physicist Stephen Wiesner created the concept of quantum money around 1969. He suggested that banks insert a hundred or so photons, the quantum particles of light, into each banknote. To validate the note later, the bank would simply check one attribute of each photon, for example its vertical or horizontal polarization, leaving all other attributes unmeasured. The bank could then verify the note’s authenticity by checking its records. There remain practicality and accessibility issues to be resolved before this idea becomes practicable, but in a world of cyber uncertainty the concept is attractive in as far as it exploits the most advanced ideas in materialbased security.

The security of money in all its different guises has become a challenging fiancial control issue for banks everywhere, as exemplifid by the two recent RBS IT failures, which left 6.5 million RBS, Ulster Bank and NatWest customers unable to access their accounts. This is not a new technology crisis but a reoccurring one. For instance, Estonia experienced two banking crises related to digital technology in 1992-1994 (just after its breakaway from the USSR) and again in 1998- 1999. Latvia, too, had a serious fiancial crisis in 2008-2009. On an almost daily basis it seems major companies with whom citizens share their precious fiancial data and identities have been hit by external and internal attackers. Many have simply not had adequate basic protection measures in place; others have been caught short by the ever changing inventiveness of hackers with which they cannot keep pace.

Extract from Chapter 7: The Death of cash

The electronic money industry has been predicting the death of cash for more than fity years. The profiable charges on all electronic transactions that the industry makes and the increasingly commonplace use of credit and debit cards have led to these predictions becoming more intense and self-serving. Furthermore, the development of new electronic money products appeared to lend weight to their arguments.

The introduction of Bitcoin gave further impetus to the notion that printed cash and minted coins would soon become redundant. However, evidence for the death of cash is itself fatally flwed as it does not correspond to the experience of everyday life. In contrast to electronic currency, cash has a very long and successful history; it is easy to carry, it is a very acceptable exchange instrument and, unlike electronic currency, does not go out ‘when the lights go off’, as ATMs and the electronic banking system did in the recent Greek fiancial crisis.

Cash remains reliable, convenient and safe to use. Although electronic payments using credit and debit cards are now widely accepted, such transactions allow the trader, the electronic banking medium and potentially the state and criminals to monitor and intervene in the transactions of consumers.

Far from disappearing, cash continues to circulate widely. During the fiancial crisis of 2007 to 2012 cash circulation in the US grew by a staggering 42% and, according to bank note manufacturer Crane Currency, the average global growth of cash in circulation remains about 7% a year. In 2013 in the UK 50% of consumer transactions were cashbased.

We feel safer and more secure holding and exchanging cash, particularly when there is a fiancial crisis or an electronic shutdown, however brief. It is clear there are and will be times and circumstances when people would rather have their money in their hand. The American writer Mark Twain famously said ‘reports of my death have been greatly exaggerated’. So, in our view, has the demise of cash.