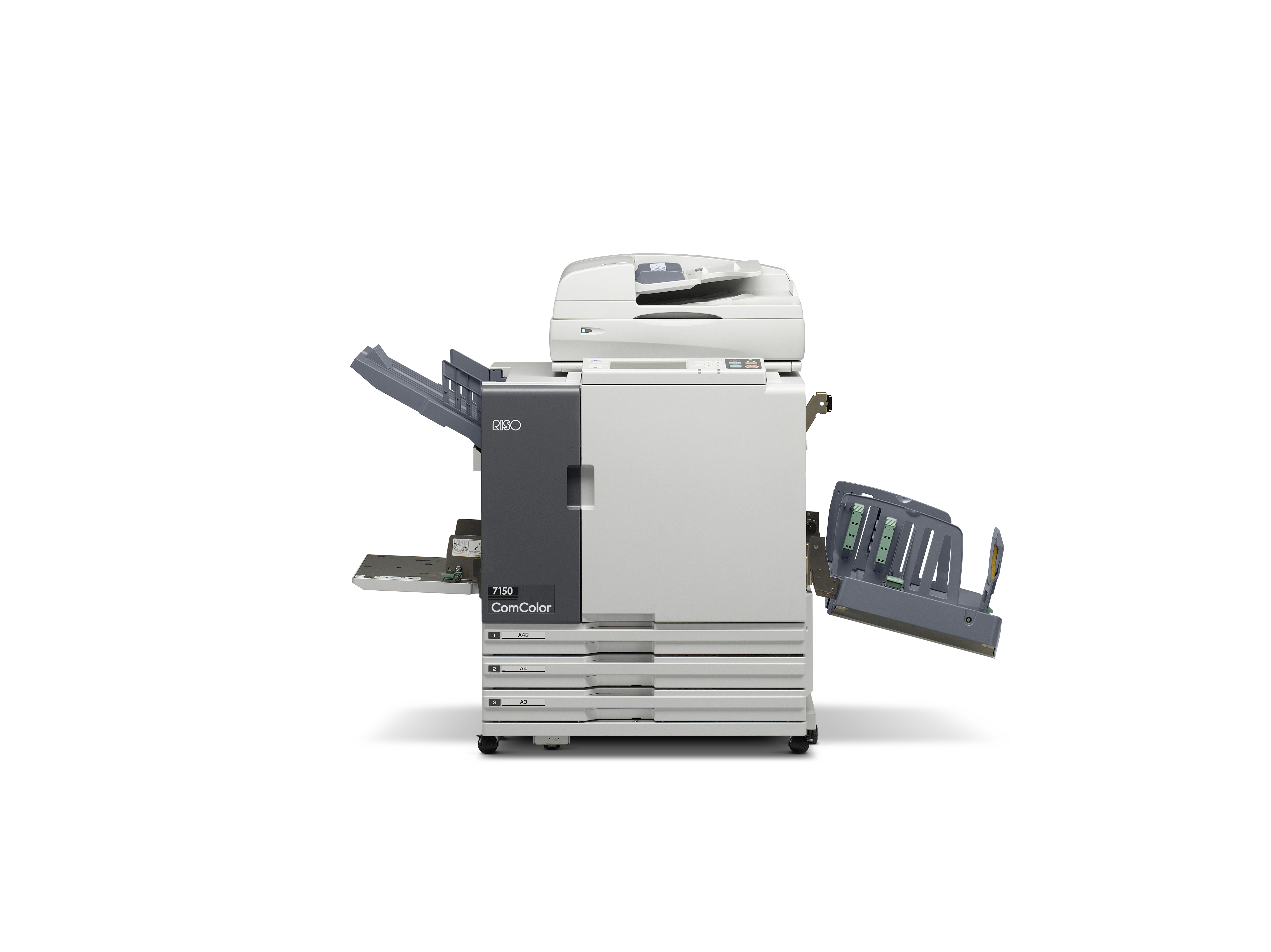 A lesson in school printing

Thomas Buxton Primary School is a two-form community primary school with a nursery situated in the heart of Whitechapel, London. It is maintained by the London Borough of Tower Hamlets and currently has around 460 pupils.

The single-storey school was recently refurbished to reflect ‘the high expectations of both children and staff’. It has also

“We had four printers in our school but we were starting to have serious problems,” she said. “The machines were old and needed new parts, which we were going to be charged for, and the colour printing was expensive – as much as 7p per copy on one particular machine.”

Wason was also dissatisfied with the school’s existing supplier.

“We were having battles about how much they were charging us for the new parts – for machines that we couldn’t actually use as they often broke down! And they rolled the contracts on and on, so we were just stuck with old machines. It was a crazy situation,” she said.

This state of affairs was not unique to Thomas Buxton Primary School – many schools experience similar problems and, at the time, there was much in the press about how too many were over-paying for supplies.

Through conversations with another school, which recommended RISO, as well as a direct approach from RISO itself, Wason realised that there was a way out of Thomas Buxton’s predicament and its unsustainable print costs.

“We knew we had been spending a staggering £2,000 a month on printing. That’s an enormous chunk of the budget and it simply wasn’t sustainable. Something had to change. Now, we spend about £1,900 a quarter. That’s a huge difference that equates to a saving of about £25,580 a year.”

Because of RISO’s economical inkjet printing technology, these savings have been achieved without any reduction in colour print volume. In fact, Wason says school staff today have more freedom than ever to print in colour.

“We still use paper in the school for creating beautiful displays on the walls, as well as for homework, class work, newsletters and information for governors.

We also have a weekly newsletter. It had been the case that if we had two or more pupils from the same family, we would only send it to the eldest sibling, purely to keep costs down. With the RISO, we can just do it! We print 350 double-sided newsletters in colour every week, because it is now so cheap to do,” she said.

Wason added: “Everybody uses the RISO. They have their set limits, but we are definitely printing more in colour than we used to. We don’t have to worry too much now.”

Lower print costs are not the only benefit enjoyed by Thomas Buxton Primary School. With print speeds of up to 120 pages per minute, the RISO ComColor 7150s are also highly productive; they are easy to use; and technical support is always available, should it be needed.

Summing up, Wason said: “We needed reliable customer service that could be trusted to respond efficiently and effectively; a machine that could do the job with low running costs; and billing that was the same across the printers. We have all that now with RISO.”